She said the video was accidentally posted on Snapchat by her lover who deleted it after he realised his error but it had already been downloaded by a stalker. 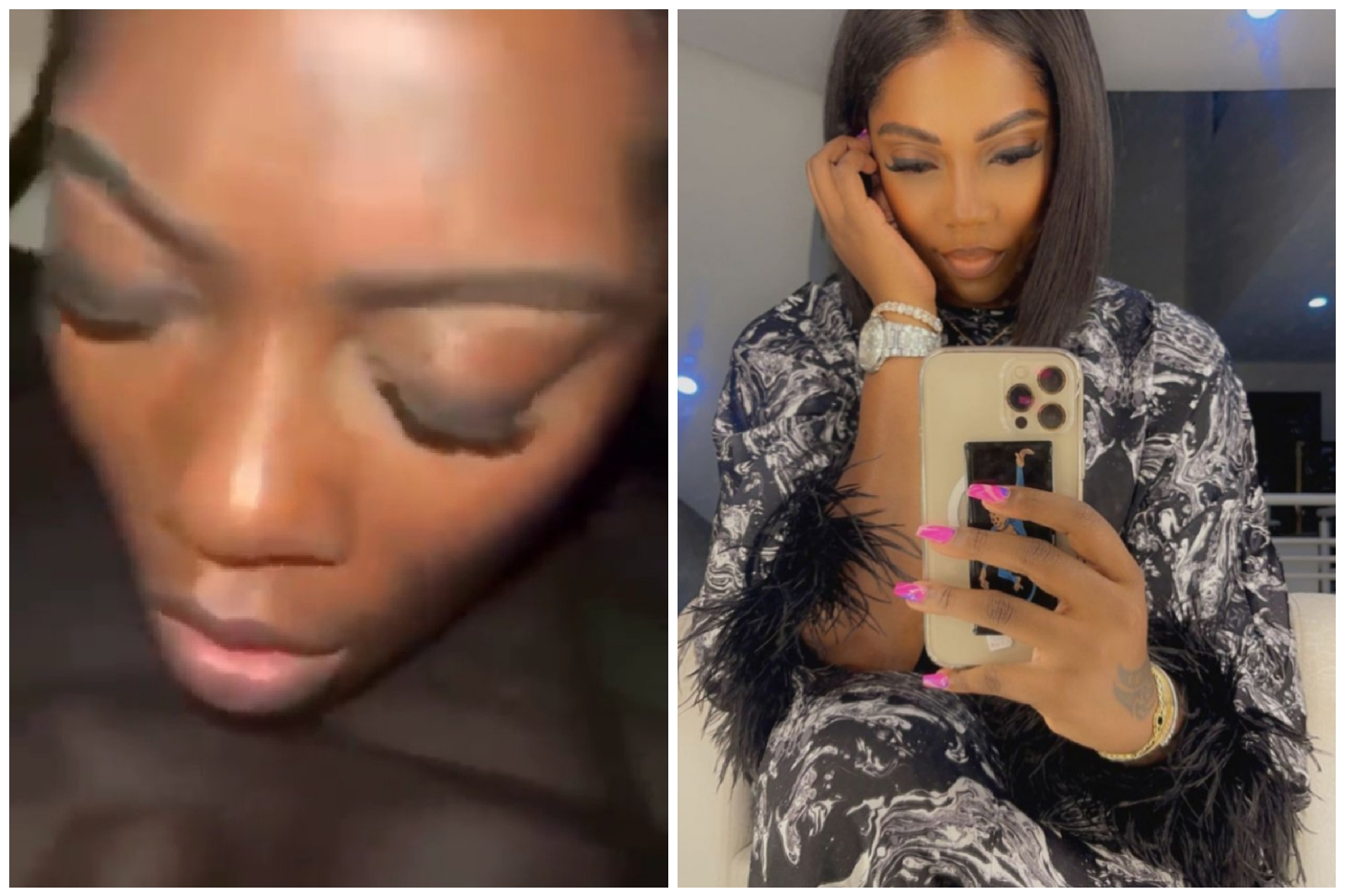 Tiwa Savage
Singer, Tiwa Savage has shared details how her sex tape got leaked on social media.
Recall that she had cried out some time ago that she was being blackmailed.
Revealing how the leak happened, Tiwa said the video was accidentally posted on Snapchat by her lover who deleted it after he realised his error but it had already been downloaded by a stalker.
Speaking in an interview with American OAP, Angie Martinez of Power 105.1, the singer absolved her lover and other people close to her of deliberately leaking the video.
She said, “I am not going to call it a sex tape but it’s a tape between me and the person I am dating right now…It is not from someone working closely with me. What happened is that the person did it on Snap and he posted it by accident, but he quickly deleted it.
”However, someone got it before he could delete it. It is a very short video, but it is me. It is going to be out there and I can just imagine the memes. I just found out yesterday. I could not sleep last night.”
Savage, 41, revealed that the incident happened last month and that the person tried extorting money from her but that she was not going to allow anyone to blackmail her “for doing something that is natural.”
“I am that crazy I could put it out myself – you are not making any money off me,” she said.
The singer also said she tried to manage the situation to no avail. She said, ”We tried to stall them, but I later decided that I am going to own the narrative. I am not ashamed of it; this is someone I am dating; I am not cheating, neither is he. We are grownups.
”I cannot believe this is happening to me. I feel for my fans because they will have to keep defending me. I can switch off my phone or have someone run my account so I do not see that, but my fans will feel the need to protect me. I will like my fans to ignore it.”
Savage disclosed that the blackmailer sent the sex video of herself and her current partner to her team, demanding money.
The singer, who would be releasing the video of her song “Somebody’s Son” featuring American singer Brandy, on Tuesday, also encouraged her fans who would like to protect her and defend her to ‘let it go.”
Savage also disclosed that she has over 13 million followers and she shares a good relationship with her fans.
The artiste is not the first Nigerian celebrity to be blackmailed over nude images.
Top Stories