The cabman offered to give the lady’s father 10 billion for him to take her as his bride before she told him she's not for sale. 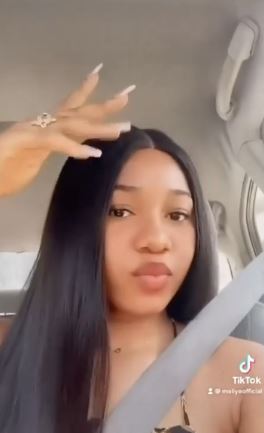 A video has surfaced online showing the moment a female passenger who boarded a taxi was being wooed by the driver.

The cabman offered to give the lady’s father 10 billion in order for him to take her as his bride.

The young woman known as Maliya then said that she is not for sale. But the conversation did not end there as the man said he has never seen a girl as fine as she is.

Maliya who shared the video on TikTok, then thanked him but with an awkward look on her face.