Because the rocket failed the Pentagon was not able to test the hypersonic glide body, which is the key component needed in hypersonic weapon development. 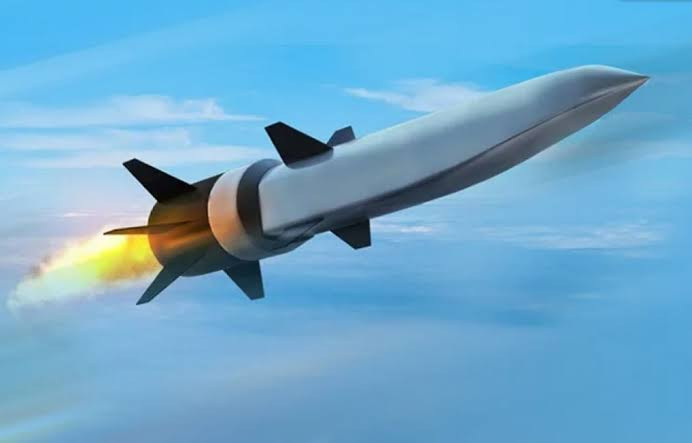 Hypersonic missile
The Pentagon has revealed that its hypersonic missile test failed.
The setback was revealed on Thursday, Octover 21 as the US is in the arms race with China and Russia to develop hypersonic weapons.
A booster stack, which is the rocket used to accelerate the missile to hypersonic speeds, failed and the test of the projectile, the hypersonic glide body, could not move, the Pentagon statement said.
Because the rocket failed the Pentagon was not able to test the hypersonic glide body, which is the key component needed in hypersonic weapon development.
The missile test took place Thursday October 21, at the Pacific Spaceport Complex in Kodiak, Alaska and comes weeks after Russia and China successfully tested their hypersonic missiles.
"Experiments and tests -- both successful and unsuccessful -- are the backbone of developing highly complex, critical technologies at tremendous speed, as the department is doing with hypersonic technologies," said Lt. Cdr. Tim Gorman, a Pentagon spokesman, in a statement.
Nevertheless, the Pentagon insists it remains on track to deliver offensive hypersonic weapons in the early 2020s, a timeline that seems more urgent with the advances in hypersonic technology shown off by the Russians and Chinese.
"This flight test is part of an ongoing series of flight tests as we continue to develop this technology," Gorman said.
The failure is another blow to the US effort following a failed test in April.
Traveling at Mach 5 or faster, hypersonic weapons are difficult to detect, posing a challenge to missile defense systems. Hypersonic missiles can travel at a far lower trajectory than high-arcing ballistic missiles, which can be easily detectable. Hypersonics can also maneuver and evade missile defense systems.
Top Stories