The statements of results will enable the final-year students to participate in the mandatory National Youth Service Corps (NYSC) scheme. 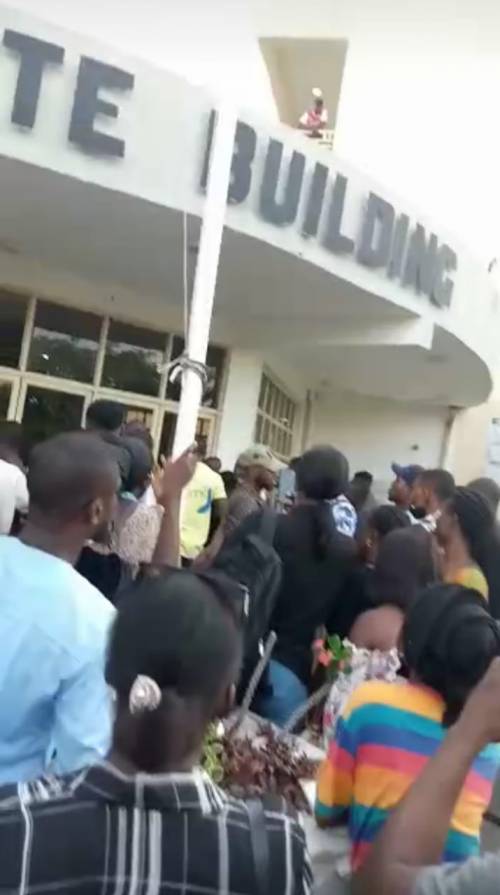 In what will come across as a rather startling development, scores of final-year students of the University of Abuja on Friday embarked on a peaceful protest against the refusal by the school management to release their statements of results, according to SaharaReporters.

The statements of results will enable the final-year students to participate in the mandatory National Youth Service Corps (NYSC) scheme.

The students from various departments gathered in front of the school’s Senate building and called for the release of their results.

They accused the school’s Vice-Chancellor, Prof. Abdul Rasheed Na'Allah of toying with their careers and brazenly displaying impunity.

Saharareporters gathered that the school management had cleared some students to participate in the NYSC scheme.

The students were expected to have reported to their various orientation camps on Wednesday, October 20, which was the deadline for the exercise but they could not do so as their statements of results were pending.

The Academic Planning Unit of the school was said to have claimed that the students did not submit the receipts of N4,500 acceptance fee each of them was expected to pay.

Some of the students who spoke to SaharaReporters said the school management was being untruthful, adding that it was not possible for any student to be given admission without them paying an acceptance fee.

They said they have been going to the academy planning unit since last week but have been unable to achieve anything.

They expressed doubts that they would meet up with the Friday, October 22 deadline for their NYSC orientation.

A student of Art Education (Christian Religion Studies Education), Caroline Mannasseh said, "The school has cleared us and mobilised our names for the NYSC and we are supposed to report to camp on Wednesday and we came to school on Monday to collect results which we will take to the camp but they have refused to give us. If we do not get this result, that means we will miss the camp."

At the time of this report, the school’s security agents were having a hard time controlling angry students who had vowed not to leave until their demand was met.

Also at the time of filing this report, no school official had addressed the protesting students.