Mrs Akunyili-Parr said she hoped her father’s murder would be a wake-up call for Nigeria although she does not expect justice to be served. 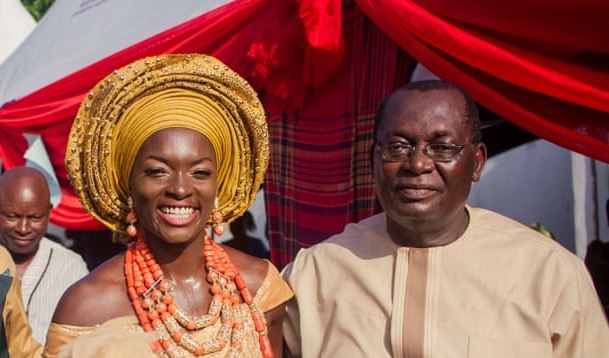 Chidiogo Akunyili-Parr, the daughter of deceased Dr Chike Akunyili, has stated that she does not expect to get much in terms of justice for her father who was gruesomely murdered by gunmen.

Akunyili was murdered on September 28 in Onitsha, Anambra State while returning from an event held in memory of his wife Dora Akunyili who was a shining light while at the helm of affairs of the National Food Administration and Drug Control (NAFDAC).

In an article published in the UK Guardian on Monday, Mrs Akunyili-Parr also said she hoped her father’s murder would be a wake-up call for Nigeria.

“I hope my father’s death wakes up enough people for us to no longer be content to teeter on the edge but to reclaim the immense potential of this country in the vein of the mantra my mother championed: ‘Good people, great nation,'” she said.

“Realistically, I do not expect much in terms of justice for my father’s murder.

“The man who pulled the trigger is because we are – the senselessness and injustice of his action, his anger, and his violence are because they are mirrored in the world around him. True justice will come if we address the problems that drive a man to commit such a violent act for no other reason than he can.”

Akunyili-Parr added that things need to change in Nigeria. “It starts with acknowledging what is broken, and with it, the values that contributed to that breakdown. The path forward is not only to dream a future we desire, but also to identify our various roles in achieving it,” she wrote.

Recalling her mother’s work, she said, “My mother showed the power of just one person when she committed her career as a civil servant, notably in the regulation of food and drugs, to serving the most vulnerable, rejecting the temptation of corruption and any practice that ran counter to the needs of the people.”