The 32-year-old was on his way to run the errand when four armed policemen reportedly stormed the community in a Sienna vehicle and started arresting people indiscriminately. 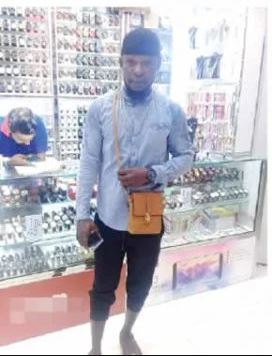 Nnamdi Ohanekwurum, a Nigerian based in South Africa, who recently returned to his hometown in Amagu, in the Orlu East Local Government Area of Imo State, has died.

The man reportedly died in the custody of the anti-kidnapping unit of the state police command.

PUNCH Metro gathered that Nnamdi and his extended family members were preparing for the one-year remembrance of a late uncle when he was asked to enquire about the prices of drinks needed for the celebration.

The 32-year-old was on his way to run the errand when four armed policemen reportedly stormed the community in a Sienna vehicle and started arresting people indiscriminately.

Upon sighting the armed men, youths in the area took to their heels, while the victim, who did not run, was apprehended and taken to an undisclosed destination.

His elder brother, Chigozie, said some of the youth who escaped informed the family of the incident.

He said, “The incident happened on August 24, 2021. My brother, who was preparing to return to South Africa, was sent on an errand to Orie-Nempi Market to inquire about the prices of drinks to be used for a remembrance ceremony.

“Two hours after he left, some youths from the neighbouring community ran to our house to inform us that four armed policemen arrested him. The youth said they ran but he didn’t as a clear conscience fears no evil.

“Upon receiving this shocking news, I searched for him in neighbouring communities and all the police stations, including the area command, but I was told they never facilitated any arrest that day.

“I returned home to explain all I went through and some family members suggested they might be kidnappers and might call soon.

“But on August 28, a young man came to inform us that he saw my brother at the anti-kidnapping unit in Owerri.”

Chigozie noted that the resident was at the police unit to monitor another case he reported when he saw Nnamdi.

The 36-year-old said Nnamdi’s case was being handled by one Inspector Asabor Marine, who incidentally was also the Investigating Police Officer of the unnamed resident’s case.

“The young man said he was discussing with his IPO when the IPO said they arrested my brother from the village after they mistook him for another person. The man said he told the IPO that he knew Nnamdi.

“Based on the information, I visited the anti-kidnapping unit. But after searching their records for my brother’s name, I was told that they did not have such a suspect in custody. I returned home, invited the young man again and he repeated the same thing he told my mother.

“I asked if his IPO was the same as my brother’s and he said yes. He even gave me the IPO’s number. I pleaded with him to accompany me to the anti-kidnapping unit. We were close to the unit’s office when he called the IPO that he wanted to see him (IPO) and he said he was around,” Chigozie added.

PUNCH Metro learnt that on getting to the control post, the resident called the IPO again, saying he was with Nnamdi’s brother who came for his bail.

At that point, the IPO allegedly threatened the resident and cut off the call.

“Based on the threat, the young man refused further assistance. I also went with a lawyer, who demanded to see Nnamdi, but the police told her that they did not have him. I petitioned the Deputy Inspector-General of Police, FCID, Area 10, Garki, Abuja. The DIG referred the case to the homicide section of his department to investigate.

“Some officers then travelled from Abuja to Owerri for a proper investigation and they unmasked the hidden agenda of the IPO and his cohorts.

“The IPO, Asabor Marine, accepted that he arrested Nnamdi on August 24 and that he died in their custody on August 29 after he was bitten by another inmate.

“He confessed that the remains of my brother were deposited at the Federal Medical Centre’s morgue. The IPO held the tag of my brother’s corpse without informing his family. I was given two options: either they should release the corpse for burial or an autopsy to be conducted to ascertain the cause of death.

“The autopsy was conducted on September 11, 2021, and the pathologist said there was nothing like a human bite on my brother’s corpse. But they refused to release the autopsy report as I was told it is a confidential document for the police. I believe the IPO, Asabor Marine, and his team killed my brother. All we want is justice.”

When contacted for a reaction at 12.58pm on Tuesday, the state Police Public Relations Officer, Michael Abattam, asked our correspondent to send him a text message.

After sending the message, Abattam replied around 2.06pm.

His response read, “I will find out but, it’s better you come so that we can talk over it. It’s not a phone thing please.”

Our correspondent declined the request for a visit and demanded he respond on  the phone.

PUNCH Metro called again around 4.53pm, and this time, he asked our reporter to identify himself.

After re-introduction and request for a reaction, Abattam said he was in a meeting.

When contacted again around 6.07pm, Abattam, who said our correspondent was recording him without prior notice, hung up.