The couple is believed to have fled the country after duping investors of over N22 billion with their companies Imagine Global Holding Company Limited and Imagine Global Solutions Limited. 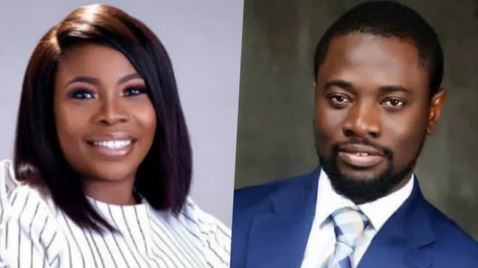 Commercial banks across the country have been barred by a Lagos State High Court in Ikoyi from releasing funds totalling N11.7 billion to a couple, Bamise and Elizabeth Ajetunmobi.

The couple is believed to have fled the country after duping investors of over N22 billion with their companies Imagine Global Holding Company Limited and Imagine Global Solutions Limited.

Justice Toyin Oyekan-Abdullai also granted an order restraining the couple and their companies pending the hearing and determination of the suit against them.

According to court papers, investors in the company Imagine Global sued the couple through their counsel Adetunji Adedoyin-Adeniyi.

Justice Oyekan-Abdullai also granted an order of mareva injunction freezing the assets following an ex parte application filed on October 15 by the applicants.

In the interim, the court also barred the banks from dealing in any manner whatsoever with any and all monies and/or whatsoever assets due to the defendants from any account whatsoever maintained by the couple, and all accounts with BVN: 22168443525 (linked to the third defendant – Bamise Ajetunmobi) and BVN:22141952749 (linked to the fourth defendant – Elizabeth Ajetunmobi), wherever situated up to the N11,795,090,000.

It further restrained the defendants from selling, transferring, assigning and/or dealing with the following properties: Apartment 7, Oakwood Residences; 23, Cooper Street, Ikoyi, Lagos; B4, Gate 3, Lafiaji Road, Victoria Crescent Estate; Olugborogon; Chevron; Lekki; Lagos, or any other properties in the name of the first, second, third, and fourth defendants, or that can be traced and located by applicants during the pendency of the suit.

The judge directed the banks to, within seven days, file and serve on the applicants’ counsel, an affidavit disclosing the balance contained in the defendants’ accounts.

The applicants, on their part, are to file an undertaking as to damage in case the order ought not to have been made by the court.

The case was adjourned till November 3.