A man has showed off unbelievable photos of an apartment that goes for N600,000 in Lagos. 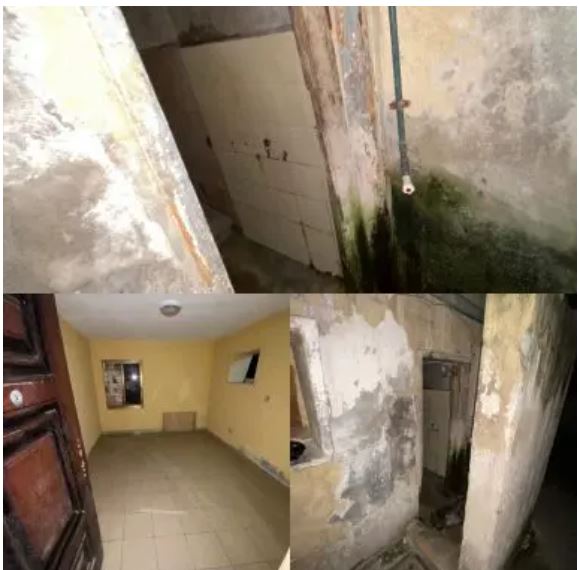 The apartment
A man looking for a house in Lagos state has shared photos of the apartment offered him for N600,000.
The man identified as Baba Ola took to Twitter to share the photos.
According to him, he was searching for accommodation in Lagos before he came across the poorly maintained house he was shown by an agent at exorbitant price.
According to Baba Ola who disclosed that he lives in Ajah and had lamented bitterly to an agent about “distance living in Ajah” and wanted a house in a different location that will take away the issue of distance.
This led the agent to him show him some small houses that are just slightly bigger than a closet, looking old, dirty.
Sharing the photos of the houses, the man called on the Lagos State government to do something about the cost of housing in the state.
See post below; 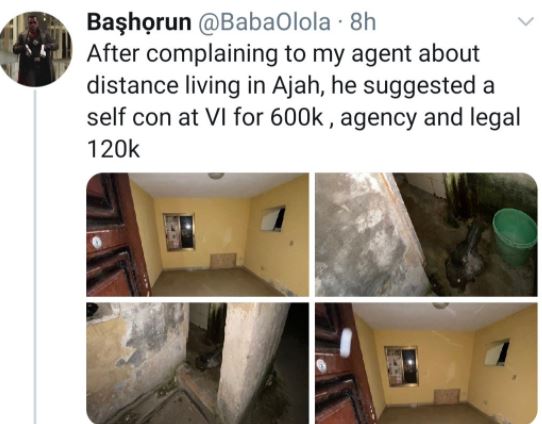