Legendary Filmmaker, Zeb Ejiro Reveals What He Would Have Done If He Was Not Into Movies


One of Nigeria's legendary filmmakers, Zeb Ejiro who has been in the industry for over 20 years talks about his life and career. 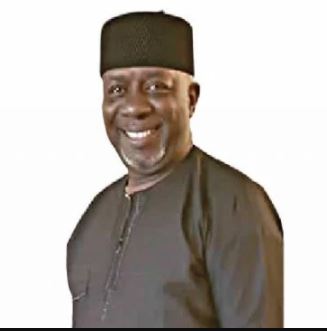 Zeb Ejiro opens Up to BLESSING ENENAITE about his contributions to the movie industry over the years, achievements and other issues

Can you tell us about your family background?

My name is Zeb Ejiro. I was given a national honour (Officer of the Order of the Niger) in 2005 by former president Olusegun Obasanjo for my contribution to the film industry. I am Isoko, from the Ozoro Isoko North area of Delta State and married with seven children. I studied Mass Communication at the University of Nigeria, Nsukka and I also went to the University of California to study production.

With over 20 years in the industry, what are your hardest lessons so far?

I have learnt many lessons but the major one is learning to be perfect in everything. I do not cut corners or manage situations. I try to get it right and that is why my movies make an impact. I have also learnt that you have to be a professional to the extent that I do not compromise anything. Whenever I do auditions, I ensure that I pick the best. Another lesson I have learnt is being nice and respecting people regardless of how small the person is because everybody is gifted one way or the other.

What influenced your choice of career?

My mother played a major role in who I am today because when we were growing up, my mother would take my late brother, Chico, and me to the cinema to watch movies. That made my brother and I picked interest in movie making. Years later, I told myself that I would want to be one of the best moviemakers in the world. I had no interest in being in front of the camera, I just wanted to be the power behind the camera and I think so far I have been able to achieve that.

Was there a specific reason you preferred being behind the camera since you watched more people in front of the camera while growing up?

I feel the power is behind the camera because all the creative processes, interpretation of stories and working with the actors who come out with a powerful movie to tell a story, are done behind the camera. I have had the opportunities to put myself in my movies but I have never thought about being in front of the camera. Even some of my friends and other producers have asked me why I am not acting in my movies. My reason is still the same and I feel there is more power behind the camera.

How did you get the name, ‘Movie Sheik’ and who gave you the name?

My office is in the Aguda area of Lagos State and it  was the hub or the ‘Mecca’ of the movie industry then. Whether you are a producer, movie director, actor, scriptwriter, costumier, or makeup artist, that was where you come to pick up jobs. That was where the talk about Nollywood started. All the big associations today like the Association of Movie Producers, Actors Guild of Nigeria, and Directors Guild of Nigeria were all formed in my office. Kunle Bakare, the then Editor of Encomium Magazine, called me the “Movie Sheik” during the launch of the magazine and others joined him too. I am also called names like the ‘presido’ and the ‘bishop.’ I feel the names are just a sign of appreciation for my contribution to building the movie industry.

Have you ever received any negative comments about your movies before?

It is not rosy all the time and we have received both positive and negative comments. There are people who would say they don’t like my movie while some other persons would watch and say it is fantastic.

What is your biggest challenge as a film-maker?

The challenges are always there and as one grows, the challenges increase. I have some works I want to get done and I pray I am able to complete them because my head is loaded with many stories and I ask myself if I will be able to produce all of them. That is my biggest challenge.

Do you have a particular clique of actors you feature in your movies?

I don’t have a clique. I do auditions and throw the roles open for everyone. But at times, I do table casting where I use some versatile actors. That is normal.

How have you been able to cope with the passing of your brother, Chico Ejiro, who was also a film-maker?

It has been tough and it is something I will probably live with for the rest of my life. Chico Ejiro was not just a younger brother to me, he was like a twin and we discussed ideas daily. We were so close that I was badly hit by his passing. Every day, I still wonder why he had to go so soon and it has not been easy so far because each time, there is always something that brings back memories of him. God knows why he took my brother away. I am trying to live with the situation.

If you were not a film-maker, what would you have become?

Do you have any regrets in life?

I would not like to call it regrets but disappointments in life. I feel there are things I should have done differently if given the chance again.

What is your biggest achievement in life?

My biggest achievement is knowing God, embracing him, and knowing that whatever that I have achieved in life is by his grace. I give him all the glory for my creative works and the ability to create entertainment in people’s homes.

How do you unwind?

I am addicted to watching movies and I watch television a lot. If I am not working, I will be in front of my television watching series, movies, or football.