The 21-year-old Democratic legislator has been accused several times of misconduct, including by a former girlfriend who said he slapped and choked her. 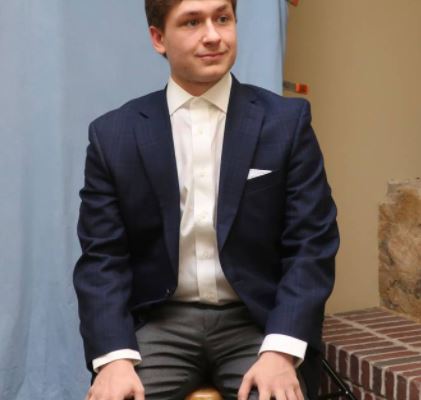 Aaron Coleman, a first-year Kansas lawmaker was arrested on a domestic violence charge over the weekend.

The 21-year-old was arrested at 8:15 p.m. Saturday, October 30, by Overland Park police on a domestic battery charge.

Coleman is not married and details of his domestic situation were not immediately available.

The 21-year-old Democratic legislator has been accused several times of misconduct, including by a former girlfriend who said he slapped and choked her.

The arrest has led to renewed calls for his resignation, according to the Star.

House Democratic Leader Tom Sawyer called it "extremely disturbing news," adding, "His constituents and the State of Kansas would be better served if he were to resign and get the help he badly needs."

Coleman’s colleagues had responded to his alleged behavior previously, reprimanding him for abusive conduct before taking office. After his election last year, a legislative committee handed the representative a written warning regarding his past conduct, calling it "unfitting".

Earlier in October, Coleman was banned from the state’s Department of Labor offices after it was reported he berated a security officer while trying to improperly access the department’s main office.

The Kansas Department of Labor warned Coleman to stay away from its Topeka headquarters after the agency said he repeatedly tried to gain access to employee-only parts of the building.

But the most serious concerns about Coleman have often centered on his behavior in relationships, in particular his relationships with women.

Before Coleman took office in early 2021, seven incoming Democratic legislators - all women - called on him to resign. They demanded Coleman face "accountability for violence against women."

Coleman has previously been under a temporary order not to communicate with the former campaign manager of a political opponent, who had said Coleman sent her harassing messages, came to her home twice and tried to get her evicted.

A former staff member in Sawyer’s office has also described threats Coleman made against her and that he had called her and threatened physical violence against Sawyer before the election.

"People will realize one day when I call a hit out on you it’s real," he added in his tweet about Gov. Laura Kelly.