The Army accused IPOB and ESN of killing innocent people and destroying properties of those believed to be against them. 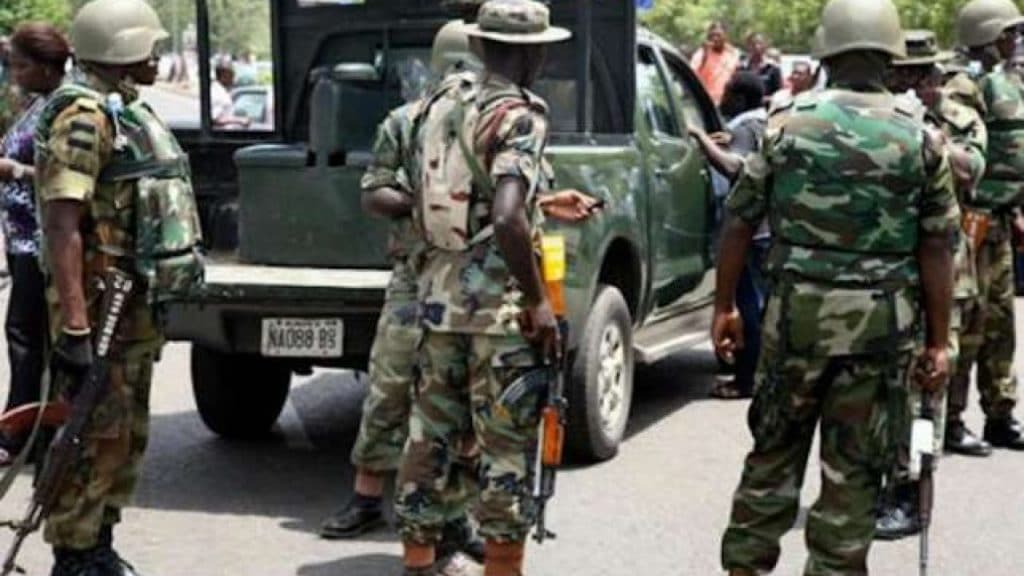 Soldiers
The Nigerian Army has accused the Indigenous People of Biafra of killing those who are against them in the South East.
The army also linked the killings and insecurity in the Southeast to IPOB and Eastern Security Network, ESN.
Brig. Gen. Onyema Nwachukwu, the Director, Army Public Relations accused IPOB and ESN of killing innocent people and destroying properties of those believed to be against them.
He pointed out that IPOB carried out those arson in the Southeast, only to turn around to accuse soldiers of such actions.
Nwachukwu disclosed this while addressing journalists on Monday in Abuja on the ongoing Army exercises across Nigeria.
The Army spokesman said members of IPOB and ESN operatives recently destroyed properties of people at Izombe Community of Oguta Local Government Area of Imo State.
He said the act was perpetrated by one Chukwunonso Iherue, a convict who was among those who escaped from the Owerri Correctional Centre on April 5.
Nwachukwu disclosed that Iherue escaped arrest with the help of some persons, but was later neutralised when he shot at troops.
“Unfortunately, suspected IPOB members ran amok, setting ablaze houses and other property belonging to those perceived to be against them.
“A reinforcement team was deployed to Izombe and the security situation was immediately stabilised, while peace has since returned to the community.
“It was, however, observed on arrival at the community that the criminal gang also burnt own troops van in addition to other public and private property,” he said.
Top Stories