The aggrieved man also lamented about her female friends sending him on errands as if he is their messenger. 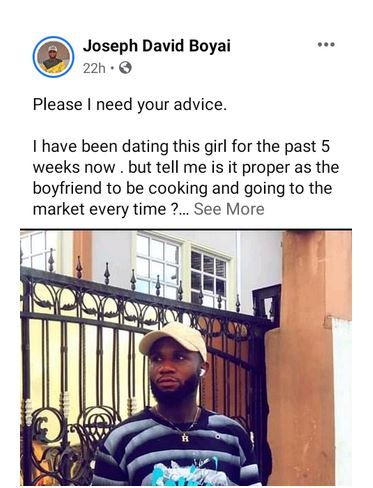 A man identified as David Joseph Boyai took to Facebook to lament about his girlfriend's refusal to prepare a meal for him and also lie about not being able to cook.

According to Boyai, her friends not only take his drinks, they would also order him to buy bread for them as if he is their younger brother.

"Please I need your advice. I have been dating this girl for the past 5 weeks now. but tell me is it proper as the boyfriend to be cooking and going to the market every time?," he wrote.

"She always complain that she don't know how to cook , but I always see her WhatsApp status with food she prepare.

"The worst thing is that even her female friends will come to my house open fridge take drinks and I won't talk , and they will also order me to buy them bread as if am their younger brother. What should I do?" 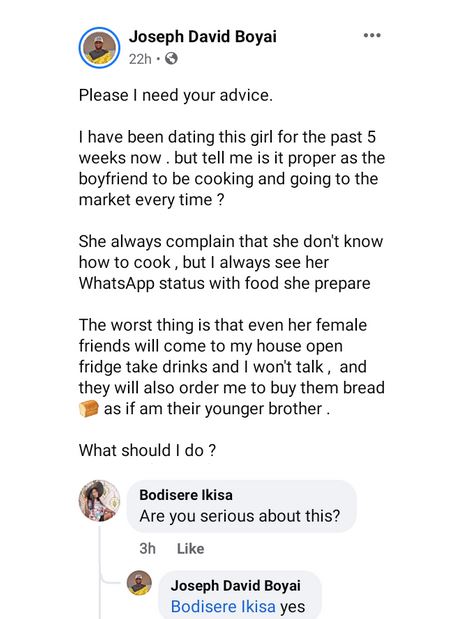