The gunmen had invaded the Afaka barracks of the academy around 1 am, killing two soldiers identified as Lieutenant Commodore Wulah and Flight Lieutenant Okoronwo. 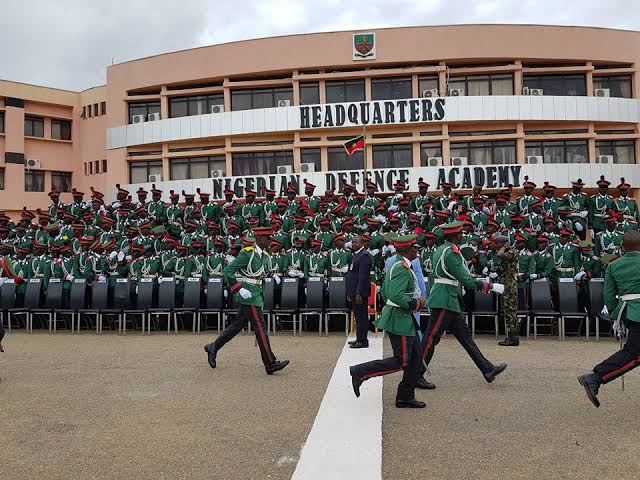 The Nigerian Defence Academy (NDA) has proposed to spend N248 million to construct perimeter fencing in 2022, a development that may be connected with the invasion of the military stronghold by bandits in August this year.

The NDA stated in its proposed budget that it would also spend N198 million to rehabilitate some roads, which were believed to allow the bandits to have a field day, abducting a Major, Stephen Dantong, and killing two soldiers during the shock operation.

SaharaReporters had on August 24 reported that the gunmen who abducted the Major demanded a ransom of N200 million from military authorities.

The gunmen had invaded the Afaka barracks of the academy around 1 am, killing two soldiers identified as Lieutenant Commodore Wulah and Flight Lieutenant Okoronwo.

The gunmen reportedly operated for hours and left without any hindrance.

“They couldn’t kill even one of them,” an NDA source had lamented. “They searched everywhere in the bush but couldn’t find them. They had fled away with their motorbikes.”

“They have called to ask for N200 million to free the Major,” the source had also said. “The attack was ridiculous. They came, teased us and left. Even the helicopter hovering in the bush could not track them.”

After the attack, Bashir Muhd Jajira, spokesman for the NDA in Kaduna, had said the security architecture of the NDA was compromised by unknown gunmen who gained access into the residential area within the Academy in Afaka.

“During the unfortunate incident, we lost two personnel and one was abducted,” he said.

“The Academy, in collaboration with the 1 Division Nigerian Army and Air Training Command as well as other security agencies in Kaduna State, has since commenced pursuit of the unknown gunmen within the general area with a view to tracking them and rescuing the abducted personnel.”

On September 18, Dantong regained his freedom after 25 days in captivity.

The Nigerian military in a release had claimed that security forces rescued Datong, although military sources had said the rescue was not without payment of ransom to the dare-devil bandits.

“Following the directive of the Chief of Defence Staff and Service Chiefs for 1 Division Nigerian Army in conjunction with the Nigerian Air Force (NAF) and all security agencies to conduct decisive operations to rescue Major C. L. Datong, who was abducted at Nigerian Defence Academy (NDA) Permanent Site on 24 August 2021 and find the perpetrators dead or alive, the Division in conjunction with the Air Task Force, Department of State Services and other security agencies, immediately swung into action by conducting operations in the Afaka general area to find and rescue the officer.

“The operations were being conducted based on several leads received from various sources regarding the abductors and likely locations the officer was being held,” the military had said.