The blue pot was made at around 1740 for Emperor Qianlong and carries his four-character mark. 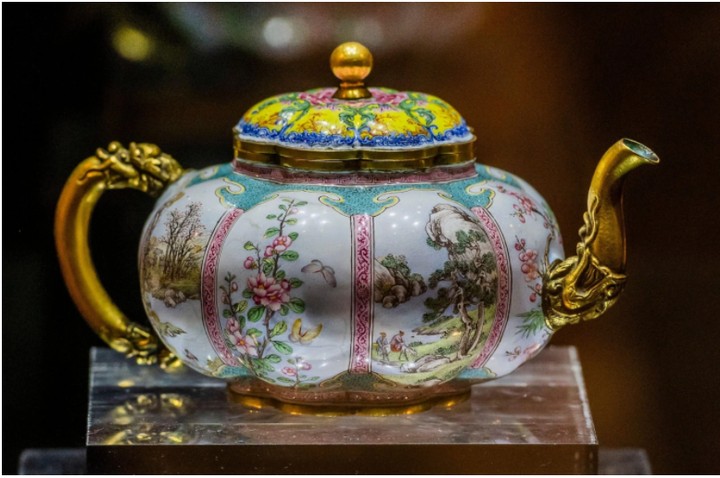 The teapot used by the emperor
A teapot made in the 18th century has sold for a staggering £2.06million at an auction.
According to Sun UK, the blue teapot was made for a Chinese emperor, Emperor Qianlong around 1740 and carries his four-character mark.
It was originally bought from a dealer in London by World War One officer E.A. Parry — a barrister by trade — and his wife Angela in 1925.
The 6in-wide bronze is one of only three known examples.
The others are in museums in Taipei, Taiwan and the US.
It was valued at £800,000 but sparked a bidding war when it came up for auction yesterday and achieved a hammer price of £1.7million yesterday in Mayfair, central London.
Fees added took the overall cost to £2.06million.
It is covered in scenes of mountains and lakes as well as flowers, butterflies and insects.
A spokesman for auctioneers Bonhams said: “This was a very rare, important and exquisite piece made to a commission from the Qianlong Emperor himself. I am not surprised that it achieved such a remarkable price.”
The buyer is believed to be a Far East collector — and is the latest example of rich ­Chinese collectors reclaiming the country’s lost heritage.
Top Stories