During the trial, the prosecution alleged that she had first sedated the children and then drowned or suffocated them one at a time. 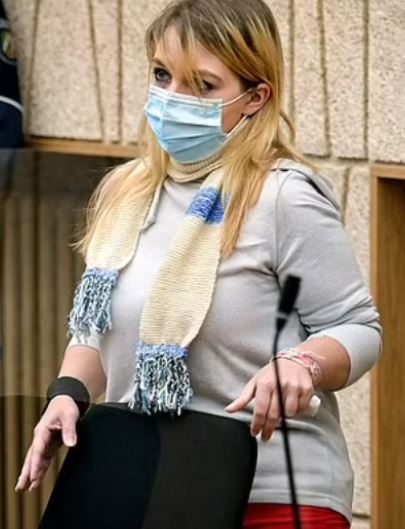 Christiane
A woman who killed her five children between the ages of one and eight has been convicted by a court.
Christiane K from Germany was sentenced by a court sitting in the city of Wuppertal after she was found guilty.
The judge also ruled out the release of the woman, who is 28, after she has served the normal life term of 15 years.
The woman’s eldest son survived her actions.
During the trial, the prosecution alleged that she had first sedated the children and then drowned or suffocated them one at a time.
The investigating officers believe that seeing a photo of her husband with a new partner was the incident that motivated the crime, which shocked Germany.
She then messaged him that he would not see the children again.
The children’s bodies were discovered in their beds on Sept. 3, 2020.
The woman insisted that an intruder had broken into her home, tied her up and forced her to send chat messages before murdering the children.
Psychiatric experts found no evidence of serious mental illness.
Her defence lawyer called for her release on the grounds that doubts remained over whether his client had committed the murder.
The court found that Melina, 1, Leonie, 2, Sophie, 3, Timo, 6, and Luca, 8, had been murdered by their mother, who had subsequently thrown herself in front of a train at Dusseldorf central station but survived.
She had sent her eldest son, who survived unscathed, to his grandmother.
Top Stories