Their arrival coincided with the installation of Sani Shuwaram as the new ISWAP leader (Wali). He succeeds Malam Bako. 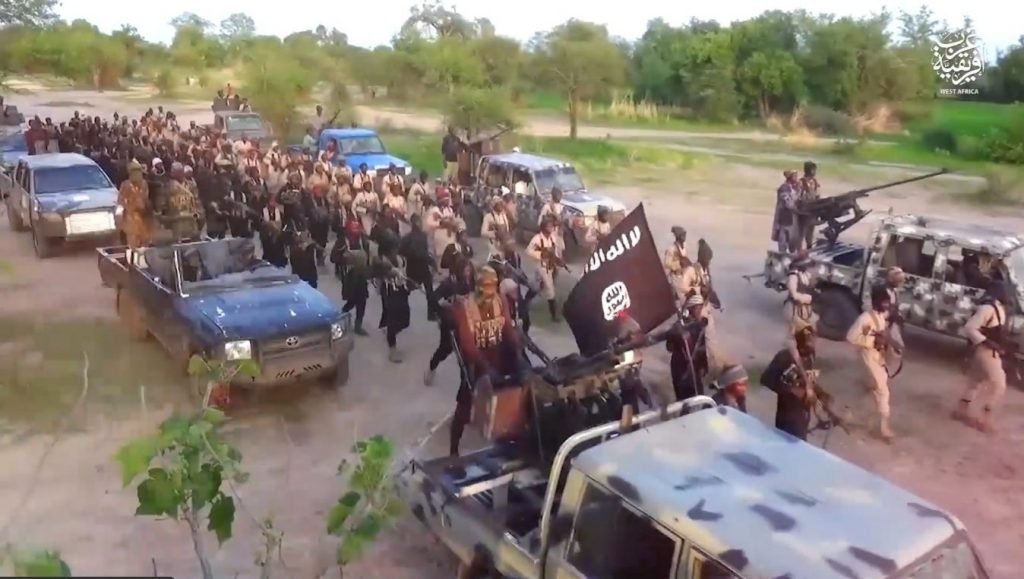 At least 200 ISIS terrorists may carry out deadly attacks in Baga, Malam Fatori and Marte communities in Borno State anytime soon.
The latest intelligence was intercepted and revealed in a new report.
According to DailyPost, the Islamic State’s West Africa Province (ISWAP) alongside more than 200 ISIS mercenaries from Libya and Syria have stormed the country.
They are currently in the Sabon Tumbu axis and planning attacks.
Their arrival coincided with the installation of Sani Shuwaram as the new ISWAP leader (Wali). He succeeds Malam Bako.
Bako was killed while leading the sect in acting capacity after the death of Abu Musab Al-Barnawi.
Al-Barnawi, son of the late Boko Haram founder Mohammed Yusuf, was eliminated during a battle with security forces.
The ISIS fighters now within the Nigerian territory observed Jummat prayers on Friday at Sabon Tumbu in the Lake Chad region.
The planned assault in and around Borno border villages seeks to consolidate ISWAP’s grip in the zone.
It is already established that ISIS, through ISWAP, desires to take over towns and enforce Islamic rule in spite of ongoing military campaigns against their activities.
ISWAP currently dominates Lake Chad after hundreds of Boko Haram members defected following the death of JAS leader, Abubakar Shekau in May.
As part of counter-terrorism efforts, the Buhari administration has approved extra assets to boost North East Operation HADIN KAI (OPHK).
Top Stories