Xavi Presented As New Barcelona Manager In Front of 10,000 Adoring Fans at the Nou Camp (Photos) 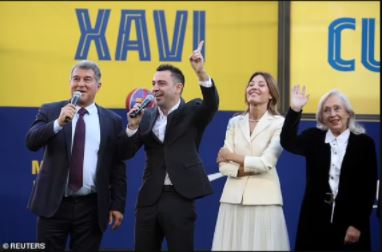 Xavi presented to fans
Xavi has been presented in front of 10,000 fans after he was appointed as new coach of Barcelona.
About 10,000 adoring Barcelona fans were at the Nou Camp on Monday afternoon, November 8, where the Spanish legend vowed to restore the club to its former glory.
'I don't want to get too emotional,' he told them. 'So I can just tell you one thing - we are the best club in the world. And we will work with the highest standards to have success. We cannot accept defeats or draws, we have to win every game.'
'We are going to work to try and win many titles, thank you very much, this is an emotional moment for me.
'We need you. Especially during the bad moments. We are in a difficult situation as a club. We need you more than ever.'
Xavi then proceeded to sign a contract while his family and friends watched on a few metres away.
He then posed for pictures while holding up a Barcelona shirt with his name on the back.
The manager has joined on a two-and-a-half-year deal after he paid half of the £4.3million release clause to his former side Al Sadd.
Xavi was hired last week to replace Ronald Koeman, who failed to turn things around the club. The new man takes over with the club in ninth place in the Spanish league and second in their Champions League group. 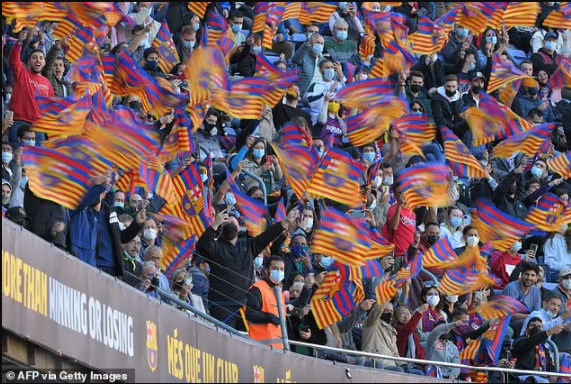 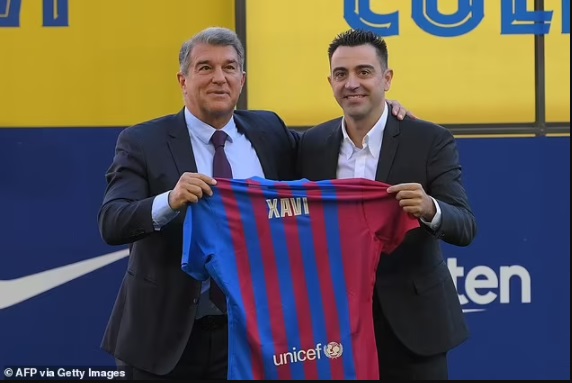