Mother Calls Out School For Brutalizing Her 3-year-old Daughter


The 3-year-old returned from school with multiple cane marks on her legs which angered her mother. 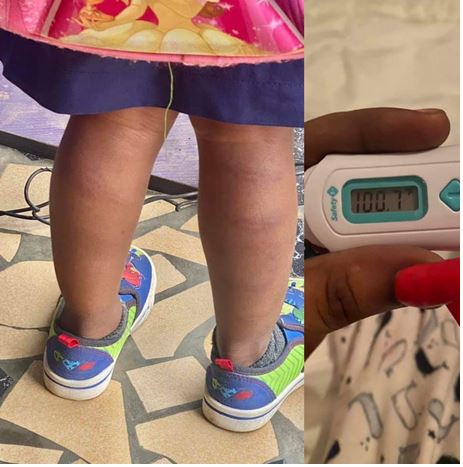 Mother Calls Out School For Brutalizing Her 3-year-old Daughter

A woman took to Facebook to call out a school after her 3-year-old daughter was mercilessly flogged by a teacher.

The 3-year-old returned from school with multiple cane marks on her legs. She was also having a fever and they had to get drugs for her.

A Twitter user, who is familiar with the family, shared photos of the girl's injuries and the drugs bought to treat her after the incident.

The mother of the child later took to Facebook to call out the school.

She said the school sent teachers to her house to talk about the incident but the teachers angrily left her house without resolving the issue. 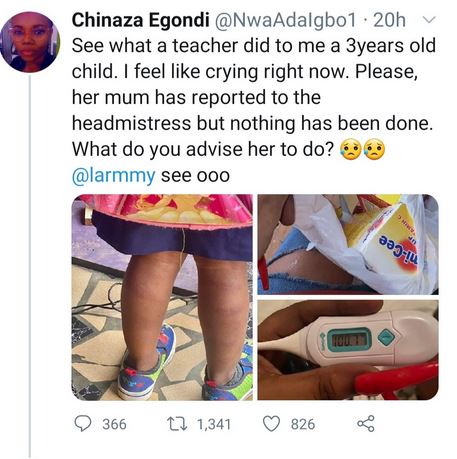 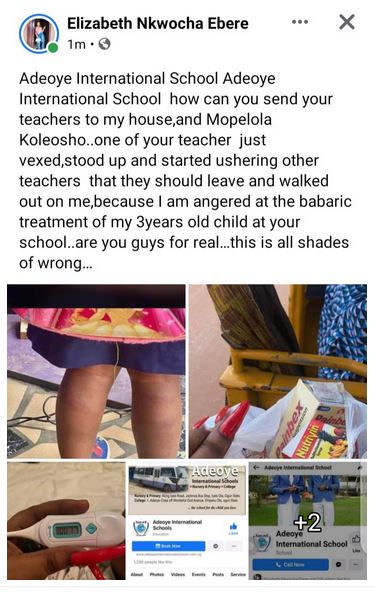 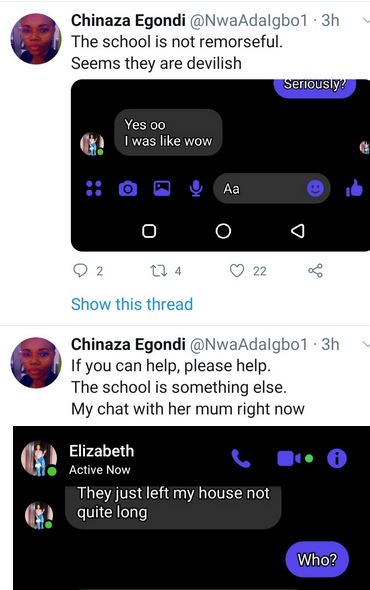 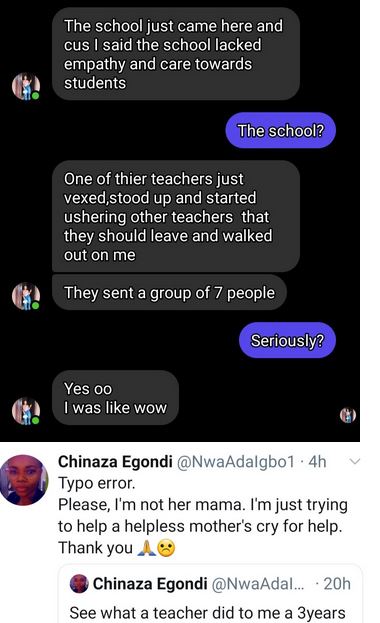 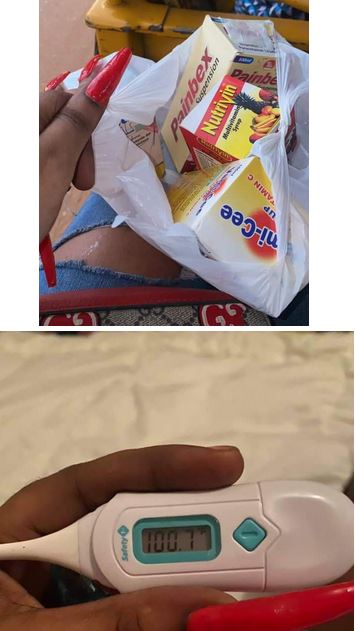