Insecurity: Buhari Will Be Answerable To Allah – Bafarawa


Bafarawa said that the sad thing is that we all know that the security of the nation is in the hands of the Federal Government. 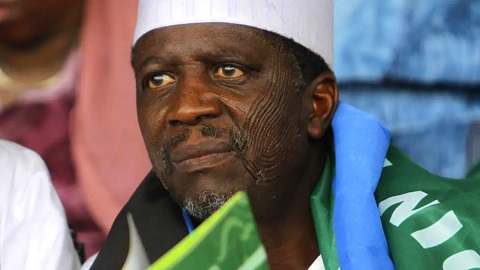 Bafarawa
Former Governor of Sokoto state, Alhaji Attahiru Bafarawa has called out President Muhammadu Buhari over the state of insecurity in the country.
He spoke in an interview with the BBC Hausa service monitored in Kaduna.
His words: “This insecurity is a catastrophe that has befallen us. The situation in Sokoto and Zamfara states can only be described by those who have been there.”
The sad thing is that we all know that the security of the nation is in the hands of the Federal Government. Those people telling President Muhammadu Buhari that everything is ok, or are they telling him things are not ok? If they are telling him things are going on fine, they have cheated him and have cheated us too.”
“Allah knows that we are in a serous calamity in our zone.
Today, I traveled home and came back, I am an eyewitness, not that somebody told me. Our people are harvesting millet in abundance, we’ve gotten millet and rice, but people cannot convey the farm produce home. Whoever went to the farm to convey the crops home, will not come back alive.”
“Whoever goes to bring his rice back home, will not return alive. Furthermore, people are in a form of incarceration, like in Zamfara. A debilitating catastrophe, a situation that phones cannot work, markets are shut and there is no palliative for the poor to cushion the effect, to get food to eat.”
When reminded that some listeners would conclude that his assertions could be influenced by politics, he said, “my call here is that we should put politics aside. This is a situation that affects me, it affects the President and he is the one that will be answerable to Allah.”
“Allah will ask him questions, he the President) should constitute a special team to visit Barafawa and Shinkafi on a fact finding mission. Or they should go to the villages around Shinkafi, or Sabon Birni or Goronyo. All these places in the senatorial zone are in deep calamity.”
Responding to a question that Zamfara State Government was assisting its people with food, the former governor said he doesn’t know.
According to him, even if I am not a Zamfara indigene, I have rights in Zamfara as a citizen of the country and as an immediate neighbor. The distance between our home town, Bafarawa and Zamfara is not more that 8 to 9 km. I’ve not seen any food that was delivered to my immediate neighbor, Shinkafi.”
This talk that they have giving food, who took the food there, where are those who were given the food?”
“Besides this talk about food, why can’t you be given the freedom to bring back home the ones you cultivate? You already have, you just need the freedom and safety to bring the farm produce home. The one they are claiming is distributing the food, where is he?”
“Where is the Governor? Such things, if you give a directive, it behoves on you to monitor compliance. He should make sure shutting of telecoms is effective or not, closing markets is working or not. You should ensure there is due diligence.”
“This catastrophic situation that we found ourselves in the country, the President should come out of the Villa, put on uniform and form a committee including me to visit Zamfara for an on the spot assessment. And all that I’ve mentioned on radio, I will go and show them,” he said.
Top Stories