Drama has played out between Victor Umeh and the General Officer Commanding 82 Division today. 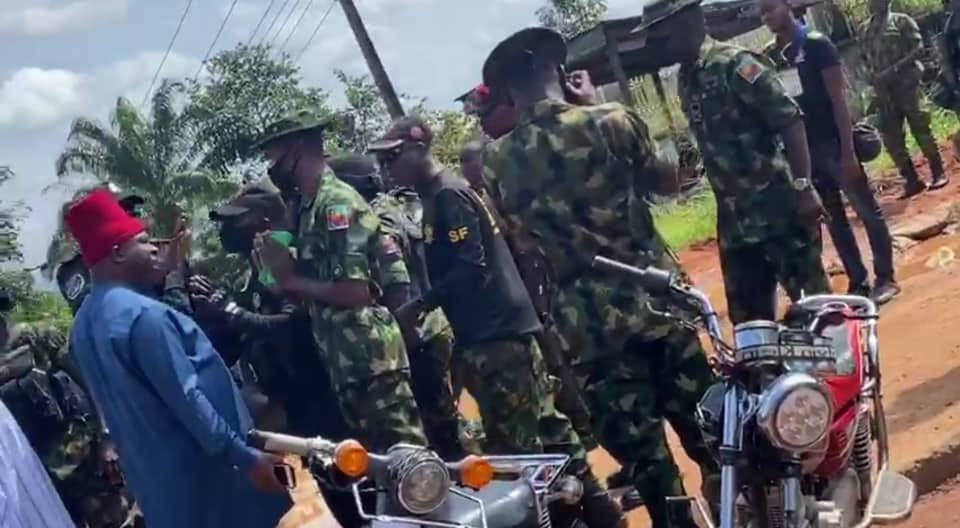 Umeh and the soldier faceoff
There was a mild drama between Victor Umeh, a chieftain of APGA and General Officer Commanding 82 Division after he was turned back at Ihiala.
Umeh who arrived at the Ihiala LGA headquarters with other party members was turned back by the GOC as the supplementary election commenced.
INEC had on Monday morning, November 8 declared the Anambra state governorship election inconclusive due to the inability of INEC officials to conduct elections in Ihiala due to security challenges.
A supplemental election has been scheduled to hold in the local government today to enable 148,000 eligible voters to cast their votes.
As the election commenced, APGA chieftain, Victor Umeh visited the local government headquarters but was turned back by the security agents.
According to the GOC, it was inappropriate for him to be there at the time.
"You are not supposed to be here,” the GOC screamed at Umeh who insisted that he was there “to ensure things go well".
Top Stories