Speaking on the matter, the President-General of Ohanaeze Ndigbo Youth Council Worldwide, Mazi Okwu Nnabuike said the entire Igbo youths were irked over the handling of Kanu’s case. 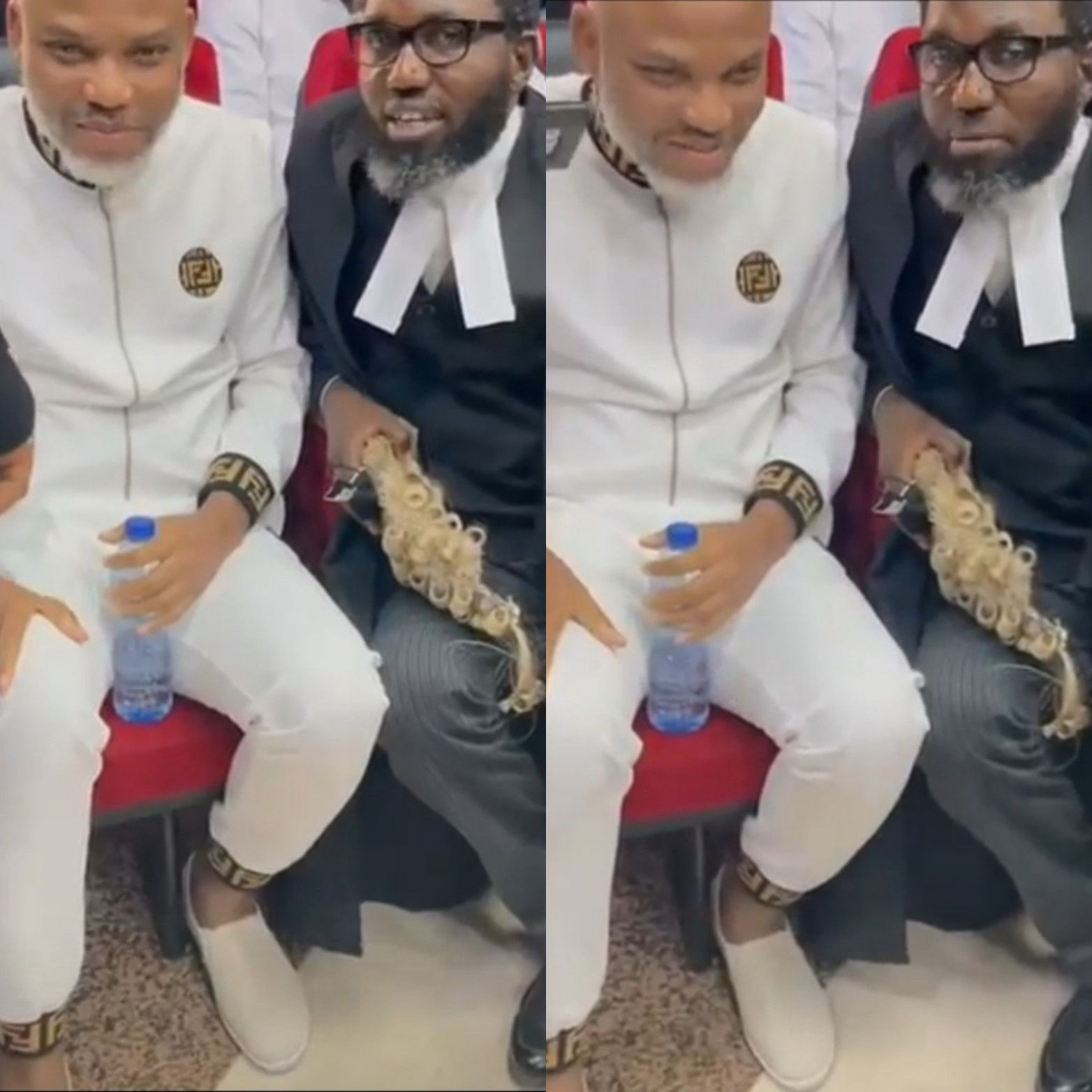 Nnamdi Kanu and his lawyer
President Muhammadu Buhari has been accused of trying to set the South East on fire with the unprofessional handling of Nnamdi Kanu's court case.
The Youth wing of the Ohanaeze Ndigbo made the disclosure while reacting angrily to the events that played out during the trial of Mazi Nnamdi Kanu on Wednesday.
Trial of the leader of the Indigenous People of Biafra, IPOB, was stalled as his lawyers stormed out of the court over the order of Justice Binta Nyako to allow only five counsels for his representation.
Recall we reported that the case has now been adjourned to January 19, 2022.
The development has since been attracting reactions.
Speaking on the matter, the President-General of Ohanaeze Ndigbo Youth Council Worldwide, Mazi Okwu Nnabuike said the entire Igbo youths were irked over the handling of Kanu’s case.
He said it was becoming obvious by the day that the President Muhammadu Buhari-led government was determined to set the South-East on fire.
According to him, “there is no way else to explain the entire needless drama that has continued to plague the Nnamdi Kanu’s trial.
“We have never seen where any such restrictions were placed during the trial of anyone in Nigeria.
“But here we are, the Federal Government is doing everything to offend the sensibilities of Ndigbo.
“They have been hell bent on launching a full scale war in the South-East and the window is gradually opening. The idea is to provoke the Igbo youths, and once they react, government will find reason to unleash full military might on the South-East and commit another genocide.
“The continuous incarceration of Mazi Nnamdi Kanu and the deliberate attempt to delay his trial is totally unacceptable. To this end, we are for the umpteenth time calling for his unconditional release.”
The Ohanaeze youths, however, pleaded with the entire youths to remain calm and not allow the will of the enemies of Ndigbo to come to pass.
“We all know that the South-East since after the civil war has been largely rebuilt with the enterprise of our people; it is the same effort they want to push our youths to destroy.
“I urge the South-East Governors, NASS members, religious and traditional leaders, to expedite action in their resolve to free Nnamdi Kanu.
“This is why I appeal to all our youths at home and in the diaspora to remain calm and not play into their hands,” Okwu pleaded.
Watch the encounter below:
Top Stories