OPEC uses secondary sources to monitor its oil output, but also publishes a table of figures submitted by its member countries. 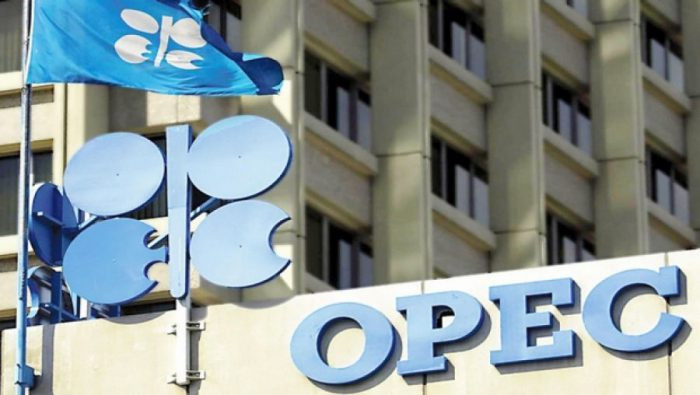 Libya has overtakin Nigeria to claim the spot as Africa's number one producer of oil.
This comes as Nigeria's crude oil production fell further last month amid lingering supply disruptions.
In a new report by the Organization of the Petroleum Exporting Countries, it was gathered that Nigeria's oil output fell to about 1.23 million barrels per day in October from about 1.25 million bpd in the previous month.
OPEC noted that Libya which overtook Angola as the second-biggest producer on the continent in December last year, saw its oil production rise to 1.24 million bpd in October from 1.16 million bpd in September based on direct communication.
OPEC uses secondary sources to monitor its oil output, but also publishes a table of figures submitted by its member countries.
Nigeria’s production is said to have declined by 45,000 bpd to 1.35 million bpd in October from about 1.40 million bpd in September, and it is reported that this is the second biggest drop in output in October among its peers in OPEC, after Iraq, based on direct communication. The country’s production fell the most in the month, according to secondary sources.
Secondary sources also revealed that the 13-member oil cartel said its total crude production averaged 27.45 million bpd in October, higher by 220,000 bpd month-on-month.
The sources said;
“Crude oil output increased mainly in Saudi Arabia, Venezuela, the UAE, and Kuwait, while production in Nigeria, Gabon and Equatorial Guinea declined."
OPEC hinged the supply disruptions in Libya and Nigeria on crude differentials of light and medium sweet crude which rose in the Mediterranean and West African markets in October on good buying interest from European buyers and strong refining margins.
OPEC said;
“However, soft demand from Asian refiners for Atlantic Basin crude amid unfavourable west-to-east arbitrage capped the rise. Crude differentials of Bonny Light, Forcados, and Qua Iboe rose firmly on a monthly average in October by 70¢, $1.06, and 75¢, respectively, to stand at premiums of 10¢/b, 27¢/b, and 4¢/b."
London-based economic research firm, Capital Economics also revealed that the increase in OPEC’s oil output in October was below its target of 400,000bpd. It was also claimed that the issues are unlikely to be resolved soon, as OPEC would probably continue to undershoot its planned increases in output in the months ahead.
Capital Economics said;
“Once again, Angola and Nigeria were largely responsible for this undershoot. Operational issues brought about by a lack of investment in oil-producing facilities continue to plague output in both countries, while Nigeria is also grappling with recurring militant attacks on key pipelines.
"This will do little to alleviate the signs of undersupply in the oil market. For example, the price spreads between front-month futures and longer-dated futures are now as negative as any time in recent years, which normally indicates a lack of near-term supply.
“Despite persistently undershooting its target, we doubt OPEC will make any major changes to its output policy at its next meeting on December 2. Admittedly, external pressure on the group has continued to grow, with the US now reportedly considering a release of oil stocks from its strategic reserve.”
Top Stories