Katie said she did not get vaccinated after hearing horror stories about the effects of the jab on mums-to-be on pregnancy forums online. 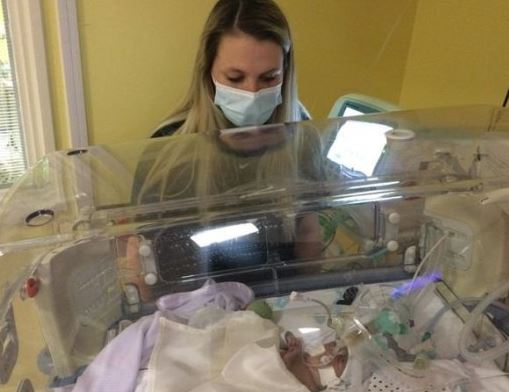 A 22-year-old unvaccinated mum who lost her baby to the ravaging coronavirus pandemic has stated that she has zero regrets rejecting Covid vaccines.

Katie Leeming had baby Ivy-Rose Court delivered by caesarean 14 weeks prematurely after she fell ill with coronavirus.  A week after the emergency birth on October 13, doctors discovered the child  Ivy-Rose had also contracted the virus.

The tiny infant, who was born weighing just 2lbs 3oz, was also suffering from prematurity complications including a pulmonary haemorrhage and a brain haemorrhage. She died just nine days old on October 22, according to Metro UK. 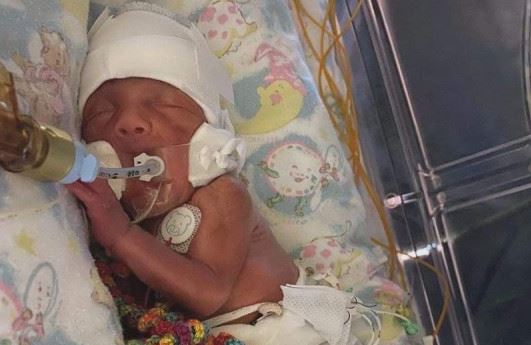 Speaking for the first time, Blackpool mum Katie said she did not get vaccinated after hearing ‘horror stories’ about the effects of the jab on mums-to-be on pregnancy forums online.

Katie said: ‘One lady said she had received the vaccination and that her baby was stillborn the week after.

‘There obviously could have been other reasons for this, and the vaccine might not have caused it, but it scared me and put me off.

Just hearing the horror stories about women having miscarriages made me not want to take the risk.

‘I don’t know if it would have made a difference or not. I had thoughts in my mind about it – what if I’d had it? Would she still be here today? What if it’s my fault? But my midwife told me I can’t afford to think like that.

‘I could have still caught Covid-19 after the vaccination, or worse, if I did have it and something happened anyway, I would have blamed the vaccine.’

Katie and her partner Lee Court were given a few hours with Ivy-Rose at the Royal Preston Hospital neonatal unit after doctors said ‘the kindest thing to do would be to let her go’.

On the pain of losing a child, she said: ‘Every hour is different. I have been through all the stages of grief and back again.

‘I’ve gone from feeling completely numb, feeling as if nothing has happened and expecting to feel the baby’s movements – because I should still be pregnant with her – to completely heartbroken about how it all happened. I’m devastated.’