How Kidnappers Abducted RCCG Pastor, Through The Roof Of His House In Calabar (Photo)


Police Public Relations Officer in the state, DSP Irene Ugbo, confirmed the release of the pastor on Monday in Calabar. 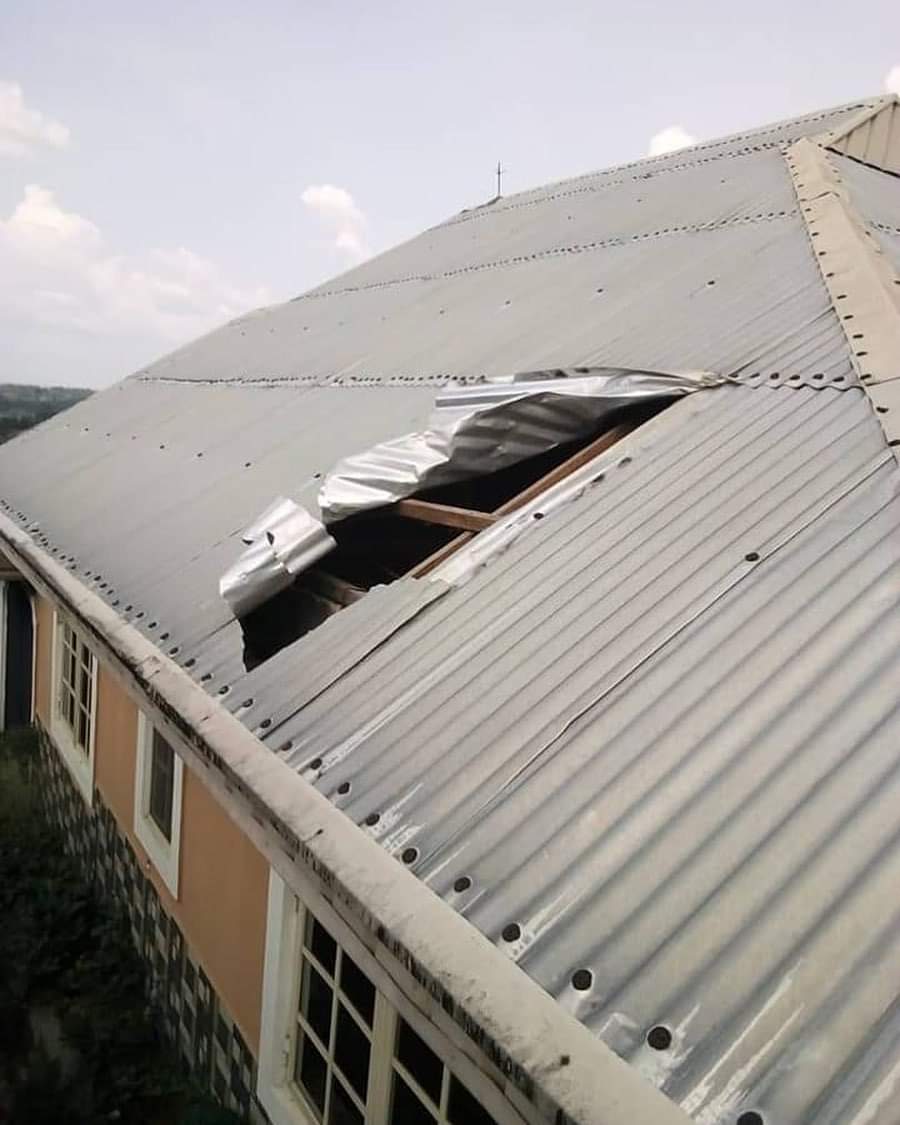 The roof of the building the kidnappers used to gain access
Details how a Redeemed Christian Church of God pastor in Calabar, Sunday Adediran was abducted by kidnappers have been revealed.
It was gathered that the kidnappers gained entrance into his house by opening a big hole on the roof of his house before gaining entry.
The man of God who has now been released was kidnapped on Nov. 13 at Ikot Eneobong area in Calabar.
Calabar Blog shared the photo with the caption: "See How Kidnappers Bursted Roof to Abduct RCCG pastor in Calabar
According to reports, the incident, happened around 1:30am on Saturday in Ikot Eneobong area of 8miles in Calabar.
The abducted Pastor was identified as Pastor Sunday Adediran of Redeemed Christian Church of God (RCCG)."
Police Public Relations Officer in the state, DSP Irene Ugbo, confirmed the release on Monday in Calabar.
Ugbo, who did not mention the name of the teacher that was also released, urged the public to always avail the command with useful and timely information to help them respond to such cases appropriately.
The Commissioner of Police, Mr Aminu Alhassan, issued a strict order to men of Anti-kidnapping and Cultism Squad to go for their release and immediately, they swung into action.
“I want to commend the swift action of SP Awodi Abdulhameed and his Dragon squad, their efforts yielded result and I can confirm to you that the victims are now in safe hands.
“I want to appeal to the public not to wait until something happens before they report, they should always report strange movement around them to curb this kind of ugly incident,” she said.
Top Stories