According to him, the over N100m should not be used to clear Rolls Royce but to help a lot of people who are suffering. 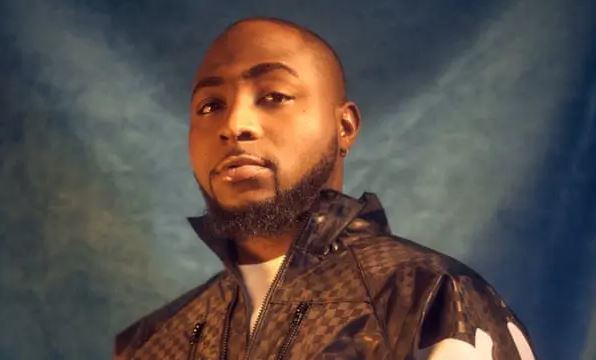 Special Assistant on Special Duties to Governor Ifeanyi Okowa, Ossai Ovie, has urged Davido to use the funds received on his birthday for charity.

Ossai gave the advice while reacting to the number of alerts the singer received.

According to him, the N140m should not be used to clear Rolls Royce but to help a lot of people who are suffering.

On his Facebook page, he wrote “Davido should donate the over N100m he has gotten to charity instead of using it to clear his Rolls Royce.

“A lot of people are suffering out there.”

Davido on Wednesday received over N100m after he asked his colleagues and friends for one million naira each, to clear his Rolls Royce at the port.

Davido in five hours made over N110m from his friends. 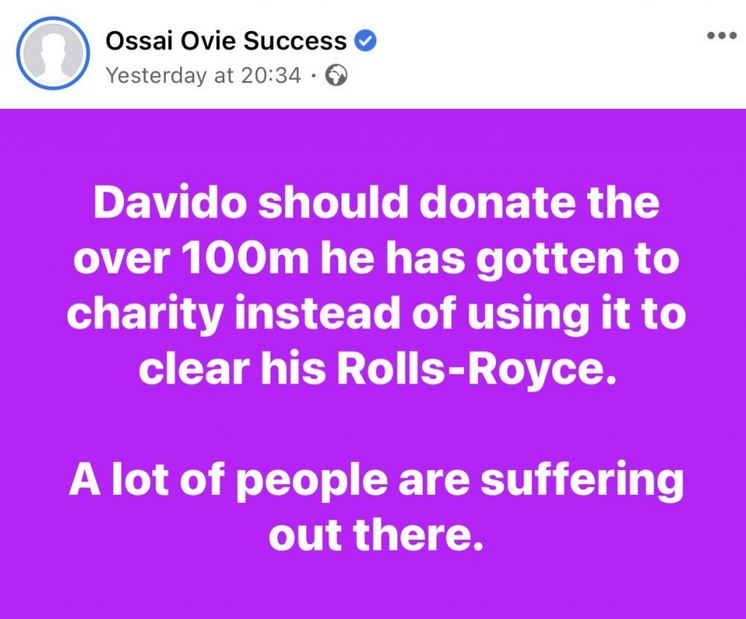