Okunola further told the panel that being the owners of the firm that operates the Lekki Toll Gate, the Lagos State Government appoints all its directors and makes significant input in its daily operations. 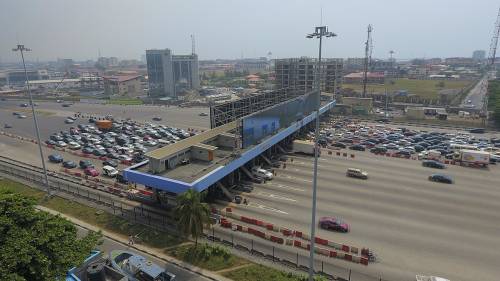 According to a report by SaharaReporters, some more information has emerged on how Lagos' Head of Civil Service, Mr Hakeem Muri Okunola, testified on behalf of the state government before the Lagos State Judicial Panel on #EndSARS and disclosed that the Lekki Concession Company was wholly owned by Lagos.

Okunola further told the panel that being the owners of the firm that operates the Lekki Toll Gate, the Lagos State Government appoints all its directors and makes significant input in its daily operations, SaharaReporters has learnt.

As a result of this testimony before the panel, Okunola not only confirmed the Lagos State Government's ignoble role in the massacre of innocent protesters at the Lekki Toll Gate by military personnel on the night of October 20, 2020, but also indicted the administration of Governor Babajide Sanwo-Olu for lying to Nigerians over its involvement.

SaharaReporters had in an exclusive story on Thursday revealed how the LCC confirmed the killing of demonstrators by law enforcement agents at the toll gate while giving its own statement before the panel.

The revelation rubbished all previous denials by the state government and military of their involvement in the killing of unarmed protesters demanding a better country.

"Lekki Concession Company strongly condemns the shooting of peaceful protesters at the Admiralty Circle Toll Plaza on October 20, 2020. LCC would never support or condone such unscrupulous acts meted out on unarmed protesters.

"LCC cooperated with the protesters, identifying with the cause and need to end police brutality.

"We sincerely regret this unfortunate incident and once again condemn the shooting of unarmed protesters at the Lekki Toll Gate Plaza and other locations in the state," the statement by LCC read in parts.

Earlier, SaharaReporters had in another report revealed how the panel in their findings indicted the LCC for tampering with closed-circuit television cameras installed at the Lekki Toll Gate to conceal what truly transpired on the night of October 20, 2020, at that spot.

“There is no doubt whatsoever that these cameras would provide real-time evidence as to what happened if provided and if they remained untouched.

“From the totality of the evidence before it, the panel finds that some sets of cameras stationed at the Lekki Toll Gate were removed by members of staff of LCC on October 20, 2020, and they were not tendered before the panel.

“These cameras would have assisted the panel in its investigation into the incident that occurred on the night of the 20th October 2020.

“There is no doubt that this picture would have been clearer and the panel and forensic experts would have been assisted in their fact-finding mission and analysis if these vital pieces of evidence had been tendered," the panel said.

According to a top insider, Okunola's admission to the panel that Lagos owns the LCC not only indicts the state government in the massacre of peaceful protesters killed by soldiers at Lekki Toll Gate but also confirms that they were active players in the entire plot to silence young Nigerians demanding a better country with bullets from the guns of soldiers and the police.

"The Head of Service of Lagos State, Hakeem Muri Okunola, who testified on behalf of Lagos State, stated before the Panel in his testimony that LCC is wholly owned by the Lagos State government and it appoints its all its directors.

"So, LCC is an agent of Lagos State Government and it is bound by the statement of LCC, which published a press release a day after the incident on October 21, 2020, that was tendered before the panel. The statement condemned 'the shooting of unarmed protesters' by soldiers.

"Therefore, Lagos State Government cannot in good conscience deny that soldiers shot 'peaceful and unarmed protesters', which by all accounts amounts to a massacre," the source said.

The killing of unarmed protesters by soldiers at Lekki Toll Gate triggered widespread anger across Lagos and other parts of the country.

Though Governor Sanwo-Olu of Lagos blamed ‘forces beyond our control’ for the attack on the peaceful protesters at the time, soldiers deployed from 65 Battalion, Bonny Camp, Victoria Island, Lagos, told some of the victims’ relatives after dumping them at MRS Hospital that they were sent by Governor Sanwo-Olu.

Reacting to the panel's report, the United States Government on Tuesday called on the Nigerian and Lagos State governments to address alleged abuses pointed out by the document.

The US described the report as a huge step forward in trying to make all those responsible for attacks on peaceful protesters answer for their actions.

The report has since sparked outrage among Nigerians, who have called for the Lagos and Nigerian governments to be held responsible for the killings.