Aliyu is among the 2,000 newly trained NDLEA officers commissioned at the agency’s academy in Jos, Plateau State on Friday. 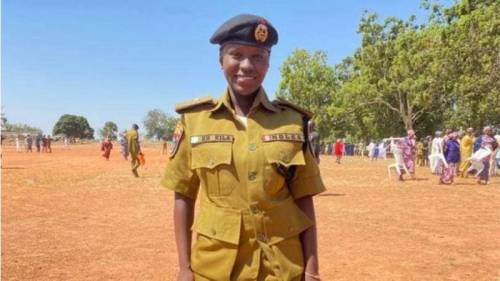 A Nigerian woman identified as Zainab Aliyu, who was arrested and detained in Saudi Arabia for alleged drug trafficking in 2018 has joined the National Drug Law Enforcement Agency (NDLEA).

Aliyu is among the 2,000 newly trained NDLEA officers commissioned at the agency’s academy in Jos, Plateau State on Friday.

Zainab, then a student of Maitama Sule University, Kano, was arrested after a banned drug, tramadol, was found in her bag on arrival in the south-western Asian country; however, she insisted it was planted in her luggage by unknown persons.

The student had travelled from Mallam Aminu Kano International Airport, Kano, in with her mother, Maryam Aliyu, and sister, Hajara Aliyu, but she was arrested over allegations that a bag bearing her name tag contained the unlawful substance.

She was accused of entering Saudi Arabia with an illegal dosage of Tramadol, but it was discovered she was a victim of a cartel that the airport in Kano that specialises in keeping hard drugs in travellers’ bags.

Zainab was subsequently released by the Saudi Arabian anti-drug trafficking agency after four months in detention.

She returned to the country, completed her mandatory one-year NYSC scheme, and has now been enlisted into the NDLEA.