Female Child Trafficker, One Other Arrested by Ebubeagu Security Outfit In Ebonyi (Photo)


The suspects, one Achibong from Akwa Ibom and Blessing Akpan from Cross Rivers State has been arrested. 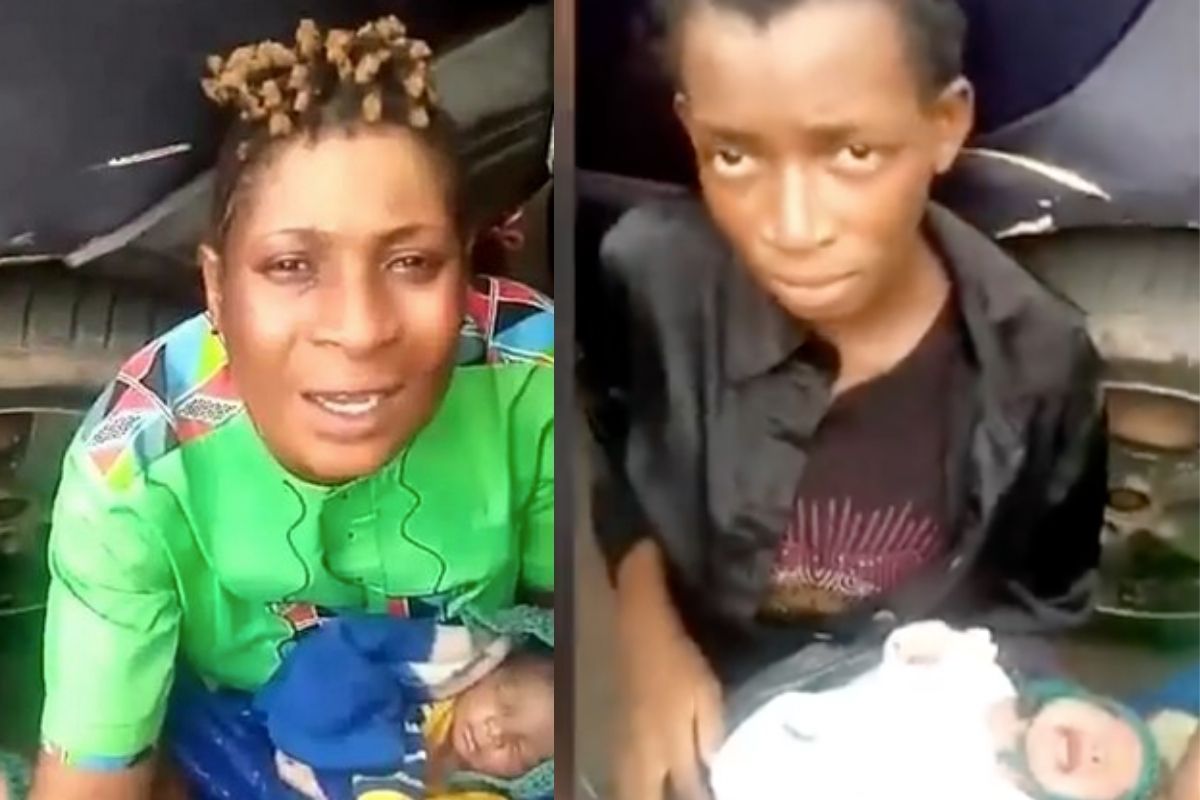 The suspects
Two suspected child traffickers have been arrested in Ebonyi state.
The traffickers were arrested by Ebube Agu Security Network at the Abaomege axis of Onicha Local Government Area of Ebonyi State, according to a report by ABN TV reports.
The suspects, one Achibong from Akwa Ibom and Blessing Akpan from Cross Rivers State who have succeded in beating security checkpoints while travelling from Cross Rivers state ran out of luck when they got to Abaomege, a community in Onicha LGA.
According to report, the Ebube Agu Security Members who were on stop and search at the border between Ebonyi state and Cross River upon checking their vehicle was shocked to discovered that about a week old baby wrapped in baby's cloth was in one of the suspect's sack, while another baby of about two weeks was seen in another sack belonging to the second suspect who happens to be a pregnant woman.
As at the time of filing this report, the suspects have been handed over to Ebonyi State Police Command for further investigation.
Meanwhile, the office of her Excellency, the wife of the executive governor of Ebonyi state, Chief Mrs Rachel Ogonna Umahi have since instructed that the babies be taken to the intensive care unit (ICU) of federal teaching hospital Abakaliki for adequate care until further information about the babies are established.
On his part, the executive chairman of Onicha LGA, Engr. Felix Ogbonna Igboke thanked the Ebube Agu security network and the community villiglante for a job well done and charged every community leader(s) to be vigilant and watchful always as security is the job of everyone.
Top Stories