The suspect who is currently facing several other fraud charges before the Magistrate’s Court was sentenced on ten of those charges on Friday. 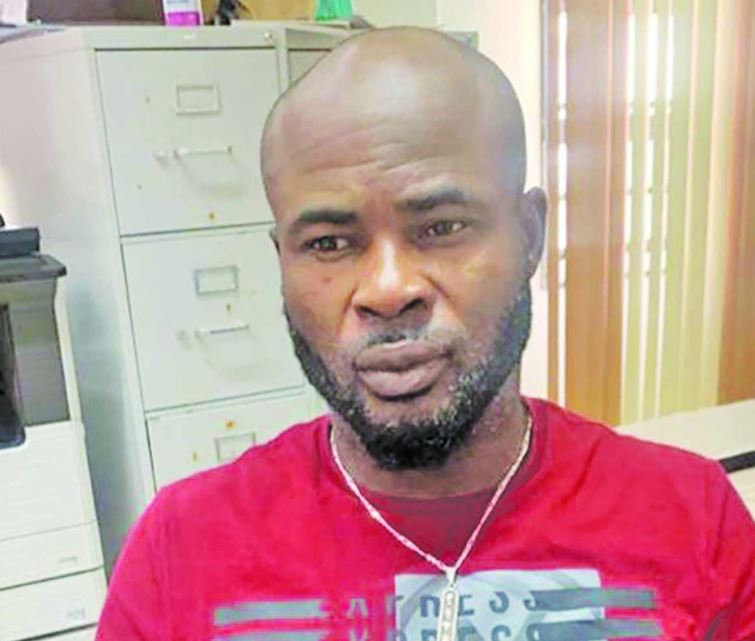 Okoye, also known as Uche Parker who is currently facing several other fraud charges before the Magistrate’s Court was sentenced on ten of those charges on Friday.

He was found guilty November 03, 2021 on ten counts of Obtaining Money by False Pretence from the woman.

At Friday’s sentencing hearing before Magistrate Anette Singh at the Georgetown Magistratre’s Court, he was sentenced to one year imprisonment on each of the ten charges.

During a plea in mitigation Uche agreed to repay the victim some of the money he defrauded her. There are other matters still being prosecuted against him by the Special Organised Crime Unit.

Several ongoing romance package scams and pyramid schemes are reportedly being operated in Guyana by Nigerian Nationals who are in Guyana illegally; where victims are lured by persons they meet online who influence them to part with their cash.

This organized crime is being investigated by the Special Organised Crime Unit and citizens of Guyana are encouraged not to send money to persons they meet online.

The matter was prosecuted by Attorney-at-Law Tuanna Hardy from the Special Organised Crime Unit and the accused was represented by Attorney at Law Melvin Duke.