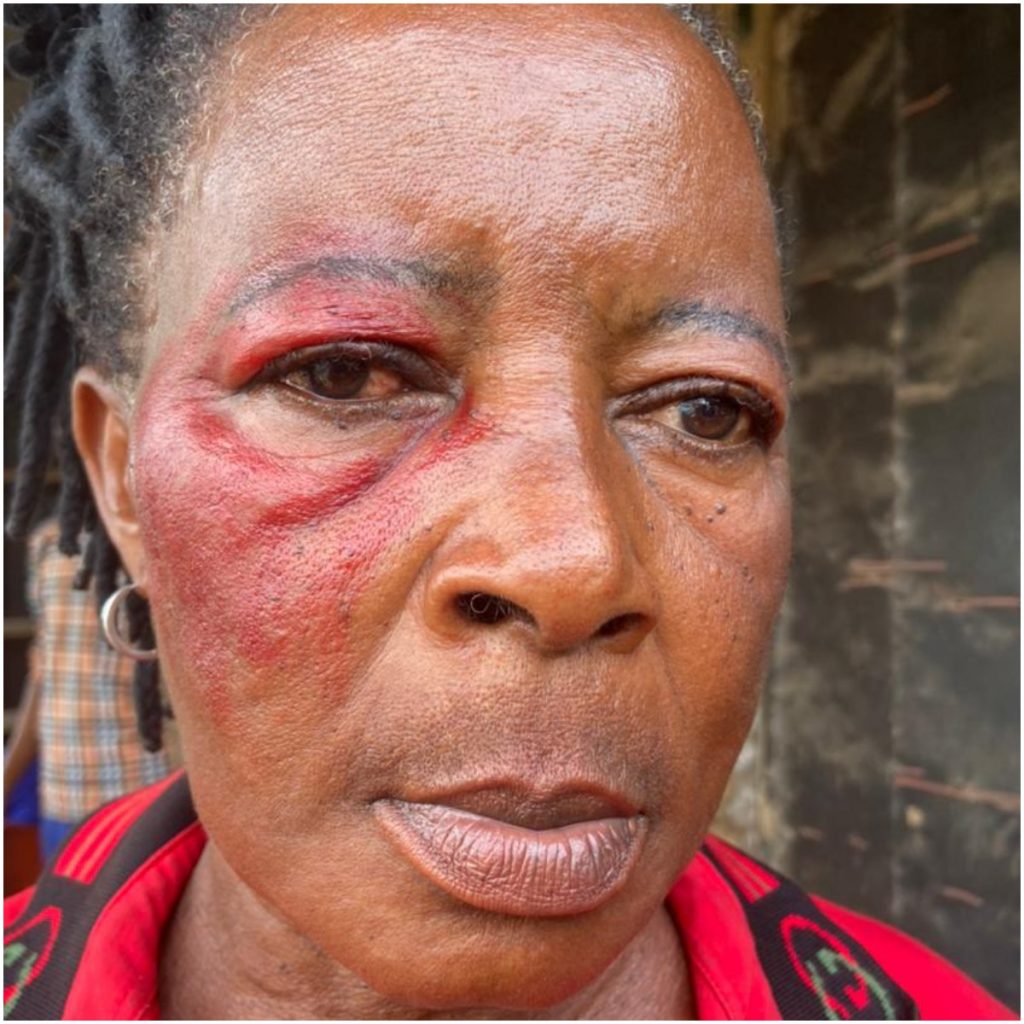 According to a report by Daily Post, some traders, mostly women, at the Relief Market Owerri Fruit Section I on Wednesday accused the Interim Management Committee, IMC, Chairman of Owerri Municipal, Ambrose Nkwodima, of assaulting them and destroying their goods.

One of the victims of the alleged assault, Mrs. Emelda Onwubuariri, who sustained a serious injury on her right eye, told DAILY POST that the IMC Chairman repeatedly slapped her at the market for asking why her goods were destroyed.

“The IMC chairman mobilized armed security operatives, numbering twelve, and many boys with the OC revenue into the market as early as 6:00 am that fateful Sunday morning to commence building of stores at portions designated Open Spaces for Fruit Traders,” she said.

Another victim, a watermelon seller, Mrs. Chidinma Emeh, decried the continued molestations by the local government and their agents, lamenting how state government appointees could take laws into their hands, claiming that the governor authorized their actions.

She said she got the beating of her life for describing the IMC chairman’s move as against resolutions they had with the Imo State Attorney-General and Commissioner for Justice Akaolisa in the presence of the Ministry of Commerce, Trade, and Industries officials some time ago.

Efforts made to reach Nkwodima for comment did not yield any result as he did not pick calls nor respond to text messages.