United are on the hunt for a new manager since Ole Gunnar Solskjaer was sacked, with Michael Carrick currently in charge of the first team. 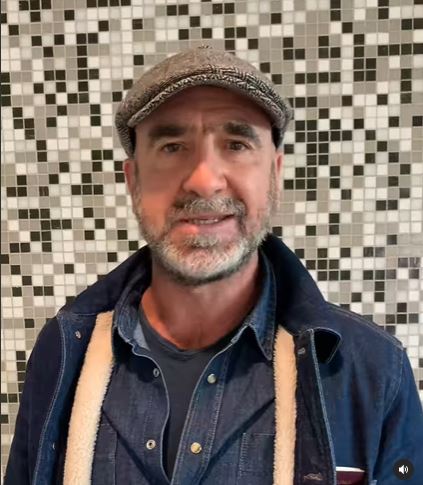 United are on the hunt for a new manager since Ole Gunnar Solskjaer was sacked, with Michael Carrick currently in charge of the first team.

The Red Devlils have been linked with a host of experienced and world class managers such as Zinedine Zidane, Ernesto Valverde and Mauricio Pochettino.

But eccentric former striker Cantona posted a video on Instagram on Thursday with an "exclusive announcement", joking - perhaps - that he is the club's new manager.

He said: "Hello my friends, I would like to tell you in exclusivity that I am the new manager of Manchester United.

But Cantona's announcement has failed to send shockwaves throughout the footballing world, and he remains a 275/1 outsider to take over at the club, even behind Liverpool legend Steven Gerrard.

The Frenchman, known for his mercurial sense of humour, appears to be having some fun on social media.