The former France left-back uploaded a photograph on his Instagram account, in which he and Messi can be seen jostling for the ball in an old Manchester United v. Barcelona UEFA Champions League encounter. 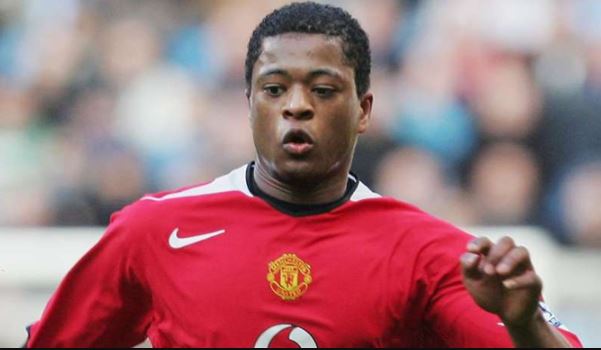 Patrice Evra, the Manchester United icon, seems to believe that PSG star, Lionel Messi, will walk home with the 2021 Ballon d’Or award, and has extended his congratulations to the Argentine ahead of the award ceremony slated for Monday, November 29.

The former France left-back uploaded a photograph on his Instagram account, in which he and Messi can be seen jostling for the ball in an old Manchester United v. Barcelona UEFA Champions League encounter.

Attached to this image was the caption, “Congratulations to @leomessi for winning another Ballon d’Or.”

The Argentine is among the favourites to win this year’s Ballon d’Or, his biggest obstacle being the Poland and Bayern Munich forward, Robert Lewandowski, who, last season, won the Bundesliga, Club World Cup, and DFL-Supercup, and also set a goal-scoring record in the Bundesliga.

Evra, who retired from football in 2019, said in the comment section of his original Instagram post that he is only predicting the future by congratulating Messi.

“When I talk, it’s because [Cristiano] is my brother and when I told you the future you all say it’s a robbery. I love you all.”

The 2020 award ceremony was cancelled due to COVID-19, even though Lewandowski was tipped as the favourite to win it.

With six Ballon d’Ors, 34-year-old Messi is the most decorated footballer in the award’s history.

Calls for Messi’s Ballon d’Or amplified after the Argentine skipper led La Albiceleste to their first trophy since 1993, after beating host nation Brazil 1-0 in the final of the 2021 Copa America at the Maracana stadium, where Messi was named the Player of the Tournament and awarded the Golden Boot.

Earlier this month, Evra named James Milner the toughest player he ever faced in his career.

Gospel Singer, Sammie Okposo, Tenders Public Apology To His Wife After Cheating On Her With Lady He Met In The US