Abayomi wept and attempted suicide after his poor outing at OAU that resulted in his studentship being withdrawn but he picked himself up. 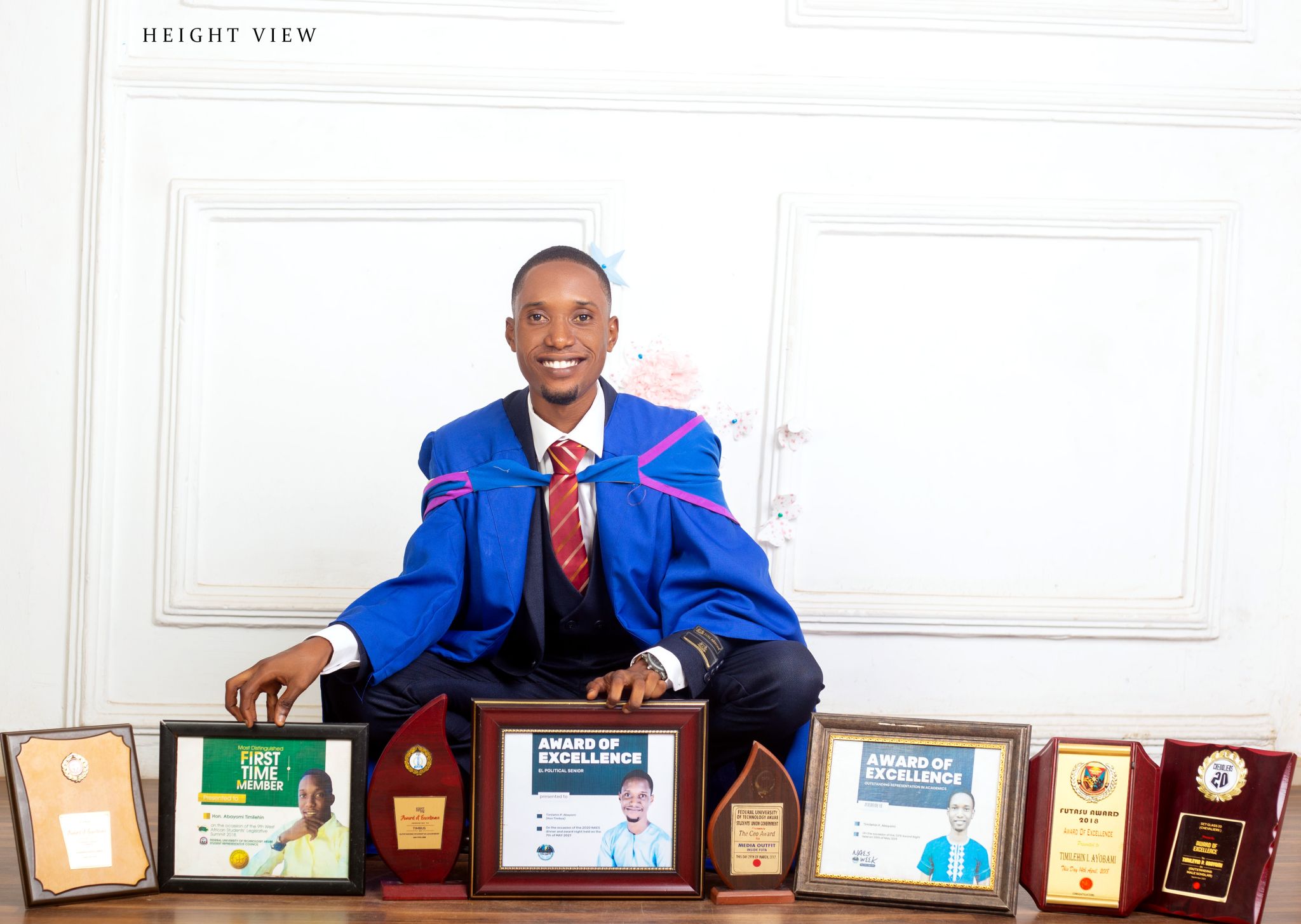 Timilehin P. Abayomi
A Nigerian man Timilehin P. Abayomi has shared the touching story of his life after graduating with 1st class honors from the Federal University of Technology, Akure.
According to him, he was 'kicked out' of Obafemi Awolowo University (OAU) after studying for 5 years.
He said that he wept and attempted suicide after his poor outing at OAU that resulted in his studentship being withdrawn but he picked himself up.
But today, he is celebrating after graduating with first class from FUTA.
He shared his story on Linkedin and wrote:
OF A GRADUATE WHO HAD TO FAIL FIRST
My Mother and I held ourselves in late 2014, weeping uncontrollably after learning that I had failed in OAU after being accepted to the citadel in 2008. My studentship was withdrawn in my final semester, 5 years later, for reasons I completely accept responsibility for.
My family and I went through a tough moment of one suicide attempt, exile from home and a family meeting to decide what to do next. I remember insisting on returning to university, and it was FUTA in 2015.
Fast forward to yesterday, I received a Bachelor’s Degree in Quantity Surveying with First Class Honours from the Federal University of Technology, Akure, and placed in the top 5% of the university's graduating class.
Between these years, I've gone through extensive refinement, learned various lessons and grown as a person. Excellence, diligence and tenacity, in particular, have become my watchwords.
With these guidelines in mind;
« I co-founded Inside FUTA, a news organization that helped the institution reintroduce campus media.
« I won the prize for most distinguished first-time member of the House while representing my department at the Students' Representative Council (SRC).
« Represented the University and competed against peers in national debate, entrepreneurship and construction competitions.
As I move forward in life, I'm determined to upholding the three values of excellence, diligence and tenacity, in the hopes that they would help me achieve my ultimate objective of realizing the possibilities of media and communications in the construction industry.
Construction Cost Data Management, Construction Economics and Project Management are three areas in which I am very interested in gaining professional/academic expertise.
As I've always maintained, this isn't the best way to get a degree; nevertheless, tell anyone who has failed that "failure is not final, no matter how fatal, for he who falls shall rise again."
I owe this eventual success to God, who gave me a second chance; to my dear Mother, who never gave up; family, who believed in me again; and friends, who were always there. My deepest appreciation to three of my friends who encouraged and supported me through this phase - Adesida Thompson, Anjolaolorun Alabi, ACIM & Opeyemi Fawole
This story is that of a failure who never gave up; a story of strength and courage. If you come across this, pray that God grants me speed for the years I have lost.
#ClassOf2020 #TheChevaliers #FUTASETClass20
https://www.linkedin.com/posts/timilehin-p-abayomi-307715a0_classof2020-thechevaliers-futasetclass20-activity-6870412537913974784-H-sF/
Sharing photos from his graduation ceremony, Timilehin announced he graduated with a first-class in his course of study clearing numerous honours while on campus. 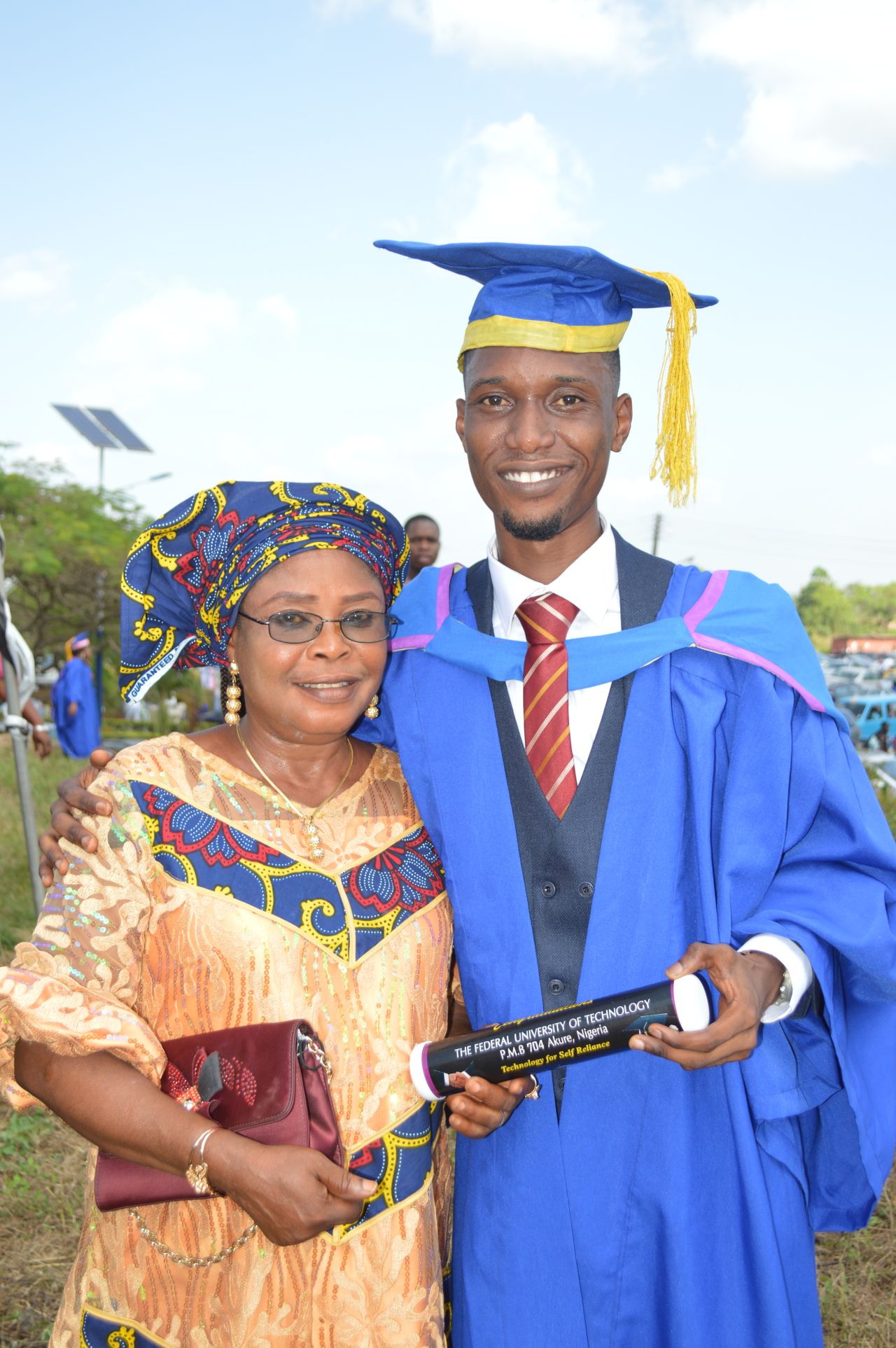