The apology came eight days after the conviction of the man, Anthony J. Broadwater, was vacated by a state court judge in Syracuse. 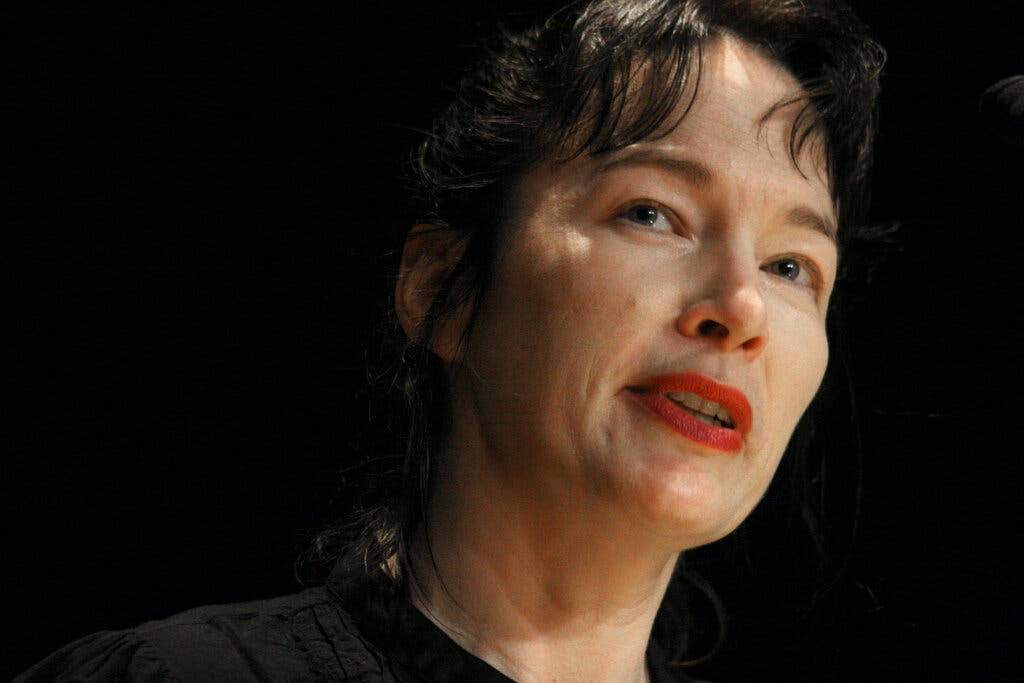 Sebold
A popular writer, Alice Sebold has tendered an apology to a black man she falsely accused of r%ping her over 30 years ago.
Sebold went ahead to become a best-selling author of the memoir “Lucky” and the novel “The Lovely Bones,”.
She apologized publicly on Tuesday to Anthony J. Broadwater, the man who was wrongly convicted of r%ping her in 1982 after she had identified him in court as her attacker.
The apology came eight days after the conviction of the man, Anthony J. Broadwater, was vacated by a state court judge in Syracuse, N.Y., who concluded, in consultation with the local district attorney and Mr. Broadwater’s lawyers, that the case against him was deeply flawed.
As a result of the conviction, Mr. Broadwater, 61, spent 16 years in prison before being released in 1998 and was forced to register as a s3x offender.
In a statement posted on the website Medium, Ms. Sebold, who described the rape and the ensuing trial in “Lucky,” said she regretted having “unwittingly” played a part in “a system that sent an innocent man to jail.”
“I am sorry most of all for the fact that the life you could have led was unjustly robbed from you,” she wrote. “And I know that no apology can change what happened to you and never will. It has taken me these past eight days to comprehend how this could have happened.”
Ms. Sebold’s statement was reported earlier by The Associated Press. Her publisher, Scribner, said she was not available for additional comment.
Scribner said last week that it had no plans to update the memoir’s text based on Mr. Broadwater’s exoneration. But on Tuesday, the company said it would cease distribution of “Lucky” while it and Ms. Sebold “consider how the work might be revised.”
Mr. Broadwater, in an interview with The New York Times on Tuesday, said he was “relieved and grateful” for Ms. Sebold’s apology.
“It took a lot of courage, and I guess she’s brave and weathering through the storm like I am,” he said. “To make that statement, it’s a strong thing for her to do, understanding that she was a victim and I was a victim too.”
Ms. Sebold was 18 and a student at Syracuse University when the r%pe that led to Mr. Broadwater’s wrongful conviction occurred.
In “Lucky,” which was published in 1999, she gives a searing account of the assault and of the trauma she subsequently endured. She also writes in detail about the trial and about how she became convinced she had recognized Mr. Broadwater, whom she referred to with a pseudonym in the book, as her attacker after passing him on the street months after the r%pe.
The memoir chronicles mishaps in the case, including the fact that a composite sketch of her attacker, based on her description, did not resemble him.
The book also describes Ms. Sebold’s fear that the prosecution might be derailed after she identified a different man, not Mr. Broadwater, in a police lineup.
Later, she identified Mr. Broadwater as her attacker in court. After a brief trial, he was convicted of first-degree rape and five other charges.
“Lucky” started Ms. Sebold’s career and paved the way for her breakout novel, “The Lovely Bones,” which also centers on sexual assault. It has sold millions of copies and was made into a feature film.
Although Ms. Sebold gave Mr. Broadwater the fictitious name Gregory Madison in the memoir, he said he had been forced to suffer the stigma of being branded a s3x offender even after being released from prison.
He had always insisted he was innocent and was denied parole several times for refusing to acknowledge guilt. He took two polygraph tests, decades apart, with experts who determined that his account was truthful.
He tried repeatedly over the years to hire lawyers to help prove his innocence. Those efforts were unsuccessful until recently, when a planned film adaptation of “Lucky” helped raise new questions about the case.
Timothy Mucciante, who was working as executive producer on the film version, said in an interview with The Times that he had started to doubt Ms. Sebold’s account after reading the memoir and the script earlier this year.
Mr. Mucciante said he had been struck by how little evidence was presented at Mr. Broadwater’s trial. He said he had been fired from the production after raising questions about the story. (The feature film was dropped after losing its financing, Variety reported.) 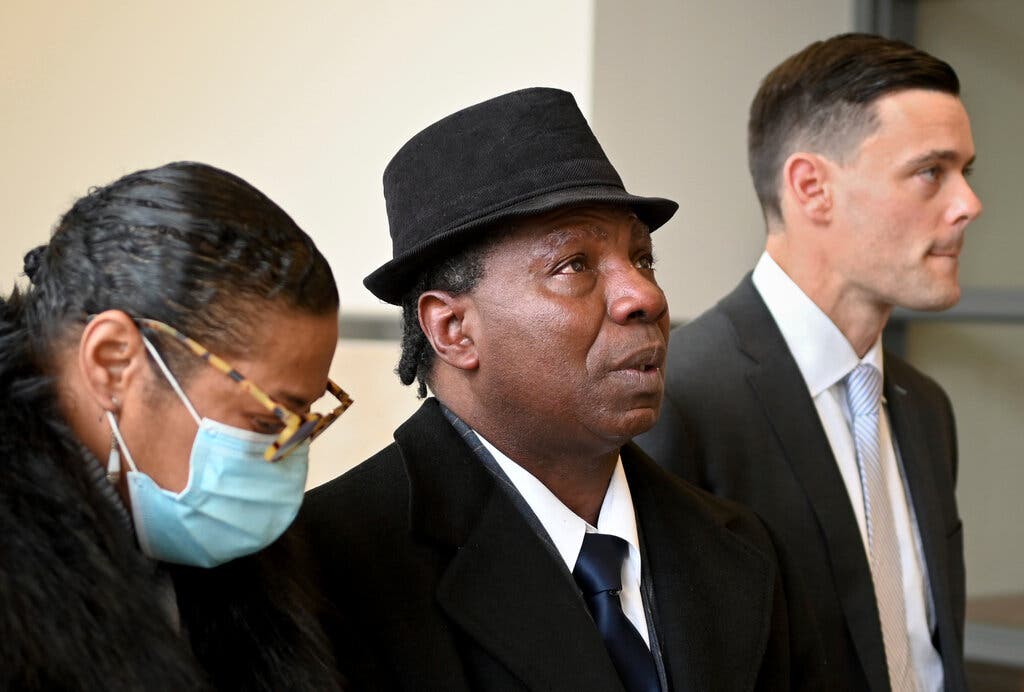 Broadwater in the middle - Katrina Tulloch/The Post-Standard, via Associated Press
“It seemed like Anthony was wronged,” Mr. Mucciante told The Times.
Mr. Mucciante hired a private investigator, Dan Myers, who had spent 20 years with the Sheriff’s Office in Onondaga County, N.Y., before retiring as a detective in 2020. After finding and interviewing Mr. Broadwater, Mr. Myers became convinced he had been falsely accused.
Mr. Myers, who shares office space with a law firm, recommended that Mr. Broadwater hire one of the lawyers there, J. David Hammond. Mr. Hammond reviewed the investigation and agreed that there was a strong argument for setting the conviction aside.
In their motion to vacate the conviction, Mr. Hammond and a second lawyer, Melissa K. Swartz, argued that the case rested entirely on two flawed elements: Ms. Sebold’s courtroom identification of Mr. Broadwater and a now-discredited method of microscopic hair analysis.
Mr. Mucciante’s production company, Red Badge Films, is now working on a documentary about the case, “Unlucky,” with a second production company, Red Hawk Films. Mr. Broadwater and those who helped vacate the conviction are also participating.
In her statement, Ms. Sebold expressed sorrow that in seeking justice for herself, she had harmed Mr. Broadwater beyond the 16 years he was incarcerated “in ways that further serve to wound and stigmatize, nearly a full life sentence.”
She also sounded anguished over a question that remains unresolved.
“I will also grapple,” she wrote, “with the fact that my rapist will, in all likelihood, never be known.”
Top Stories