Wizkid Receives Gift From O2 Arena Management For Selling Out the 20,000 Capacity For Three Nights (Video)


Management of the O2 Arena has given Wizkid a gift for selling out the 20,000 capacity facility for three nights. 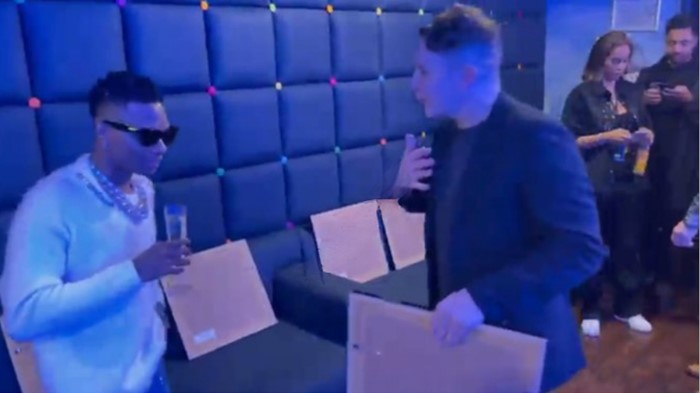 Wizkid gets award for selling out 20,000 O2 Arena for three nights
Nigerian star singer, Wizkid has received a gift from O2 Arena management for selling out the 20,000 capacity facility for three nights in London.
Recall that Wizkid's Made in Lagos (MIL) concert captivated hearts in London, UK for three days.
Management of the O2 Arena decided to congratulate the music star for a successful show and also commended him for selling out the 20k capacity venue for three different nights.
Recall that Wiz had sold-out shows at the O2 on Nov. 28, 29, and December 1.
A video shared by media personality, Adesope Olajide, captured the moment a representative of the O2 Arena presented the starboy with a specially painted artwork as a token of appreciation.
Wizkid, in turn, expressed his gratitude and appreciation for getting the chance to perform at the top-tier venue.
Watch video below:
Top Stories