Among the 23 dead passengers are 18 choir members of Mwingi Catholic Church, who were heading for a wedding in Nuu area from Mwingi Town. 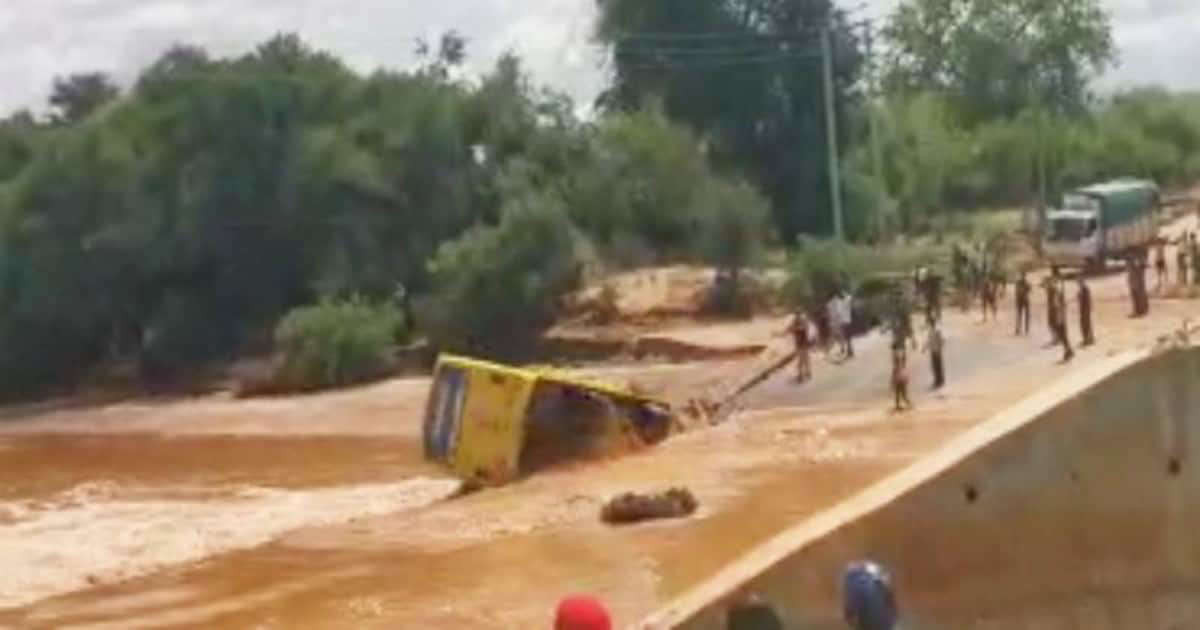 No less than 23 passengers have been confirmed dead after a school bus they were travelling in plunged into River Enziu in Kitui, Kenya on the morning of Saturday, December 4.

The 51-seater bus belonging to St Joseph Seminary Mwingi was ferrying passengers, mainly the choir, to wedding of an elderly couple aged over 70, who were renewing their vows in Nuu area.

Among the 23 dead passengers are 18 choir members of Mwingi Catholic Church, who were heading for a wedding in Nuu area from Mwingi Town.

A survivor, Simon Kea said the driver got confident after two "matatus" and some contractors crossed the flooded river. 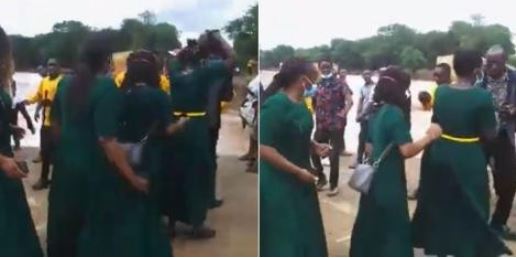 Kea said; "We were about 40 passengers when leaving Mwingi in the morning. Around 10 seats were empty. As we were crossing the river, the 51-seater bus was full with more than 15 people standing."

On how he survived the incident, Kea said he was pulled out through the window by one of the divers who rushed to the scene to save lives.

He said; "I felt a hand grab my shoulder and pull me out through the window. I thank God for sparing my life."

As of Saturday evening, 23 bodies had been retrieved and 10 survivors had been rushed to the Mwingi Hospital. Officers from the Kenya Defense Forces (KDF) have since been deployed to help with the rescue mission. 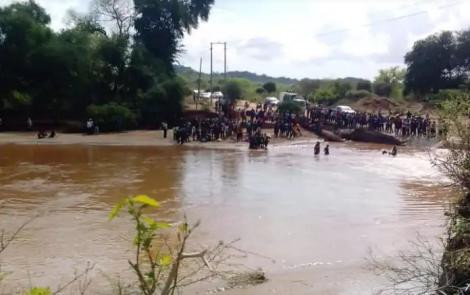 Preliminary reports indicated that members of the bridal party, her three children and two grandchildren, were also on the bus.

Mwingi East Sub County Police Commander Joseph Yakan said; "This is a river and it was flooding. The driver lost control and slid into a ditch. The bus capsized next to the bridge. The driver has also died. The bus was leaving Mwingi Central towards Nuu in Mwingi East."

Another eyewitness claimed the bus driver had been warned not to cross the river. He said; "We told him the water levels were too high but he insisted. You cannot compare a lorry and bus, if it was a lorry, it may not have capsised. Imagine the whole bus is in the water."