A jilted woman has taken her frustration to the streets cursing her boyfriend for dumping her. 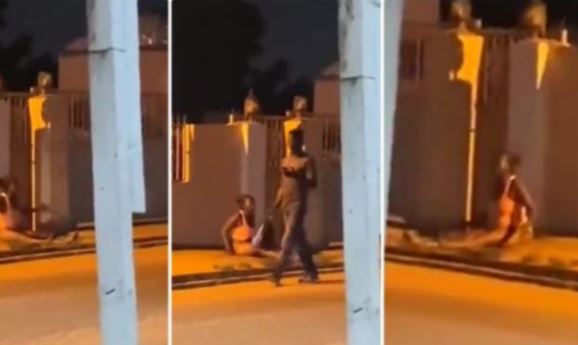 The woman stormed the street to curse her boyfriend
A woman that was jilted by her lover has taken to the street to curse him.
In a viral video shared online, the woman captured stripping and dragging her butt on the floor as she cursed her boyfriend who reportedly dumped her.
It is believed the incident happened in Ghana.
The lady was heard saying;
‘You thought I am a fool, you will never see peace. You can never take me for a fool.”
She was also seen putting on her shorts after carrying out the act.
Watch the video below:
Top Stories