Bodybuilder John Eyers had refused taking vaccine before dying of the virus after getting infected. 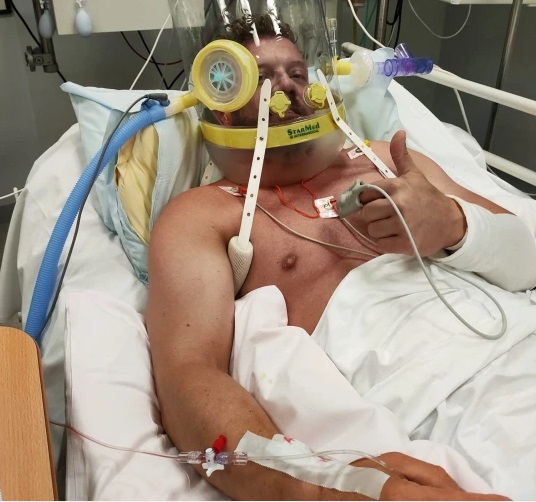 Eyers
A 42-year-old bodybuilder who refused to take COVID-19 vaccine has died.
Now his twin has shared the final text message he sent to her before dying from Covid after refusing the vaccine.
Bodybuilder John Eyers, 42, thought he would only suffer from a "mild illness" if he caught the virus and had a "belief in his own immortality", his twin Jenny McCann said.
Unfortunately, the virus made him suffer organ failure and an infection.
The construction expert from Southport, Merseyside, died within a month of testing positive, leaving behind a daughter aged 19.
Jenny spoke to her "fit and healthy" brother on the phone before he was induced into a coma and told him she loved him.
She said he was not well enough to reply but sent her a text afterwards which read: "Don’t let them give up on me."
Tragically, that was the last message she received from John. He died before his family arrived at his bedside.
Jenny said that in his final days, John expressed his regret that he didn’t get the Covid vaccine.
She said her brother was "the fittest, healthiest person" she knew and believed he would be ok if he caught the virus.
"He was climbing Welsh mountains and wild camping four weeks before his death," she wrote in a series of tweets.
"The only pre-existing health condition he had was the belief in his own immortality.
"He thought if he contracted Covid-19 he would be OK. He thought he would have a mild illness. He didn’t want to put a vaccine on his body. His was pumped full of every drug in the hospital.
"They threw everything at him. But eventually the bedfellow of Covid-19, infection and organ failure, claimed his life.
"Before he was ventilated he told his consultant that he wished he had been vaccinated. That he wished he had listened. His death is a tragedy."
Jenny said she wanted to share John’s story in the hope it would "save another life".
Top Stories