The police officer was appreciated for rescuing a young man attacked by robbers and footing his bills. 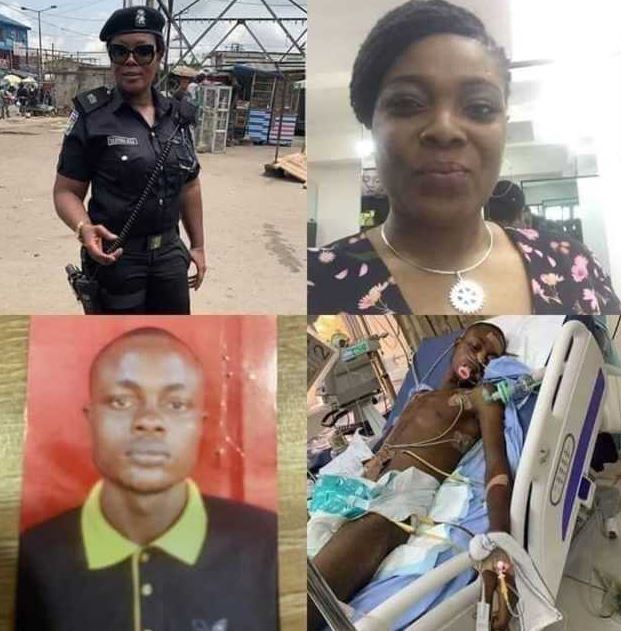 The police officer, Celestina and the victim

A female police officer, Celestina has been hailed  for rescuing a young man who was shot by robbers.

According to a write-up shared by a Twitter user, @Ekwulu, the female officer in question took a robbery victim to the hospital after being shot.

Officer Celestina was said to have taken a loan to foot the hospital bills of the young man whom she did not know from Adam.

“Please can we celebrate this Police woman?

On the 19th of September 2019 a young man named Ajabor Friday was shot by thieves and left for dead at Ogudu.

As usual hospitals refused to take him in until officer Celestina intervened and had to threaten fire and brimstone before the young man was taken into a hospital.

Of course they said the usual “we can not treat him without payment”.

To cut the long story short, officer Celestina has spent over N400,000 (four hundred thousand naira) that she did not have (she even had to borrow) to see young Friday through a major operation and he is now out of the ICU and stabilized.

I asked her why she did it and she said when he looked up at her while bleeding, held her hand and said “mama don’t leave me, I do not want to die” she knew there was no way she would know peace if she did not try her best. I celebrate you officer Celestina Nwankwo. God bless and replenish you.” 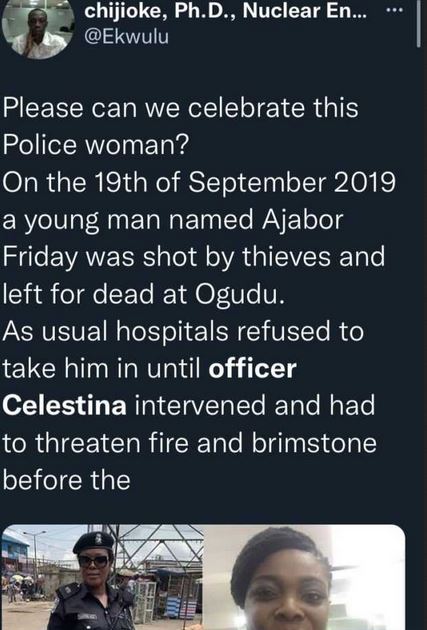