An eyewitness said that the drivers were protesting against police intimidation and the alleged shooting of one of their colleagues by a police officer. 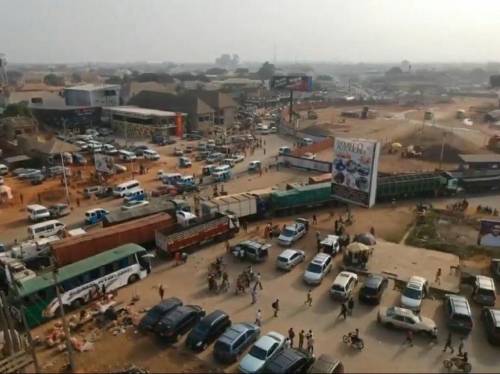 Many tanker drivers who are protesting the alleged shooting of one of their colleagues by a policeman, Thursday took to the Asaba-Benin Expressway in Delta state and barricaded the ever-busy road, according to SaharaReporters.

The protesting drivers, who vowed not to vacate the road until justice is done, lamented the way and manner they are being treated by security personnel, especially the Nigeria Police, saying they are fond of extorting money from them.

SaharaReporters gathered that the incident which led to the Thursday protest occurred on Tuesday when a policeman allegedly shot a tanker driver close to the Asaba tollgate area of the River Niger Bridge.

An eyewitness told our correspondent that the drivers were protesting against police intimidation and the alleged shooting of one of their colleagues by a police officer. 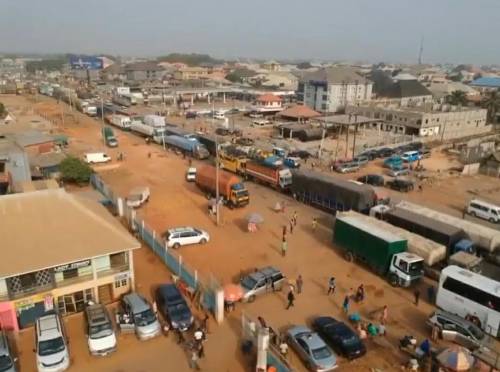 "On Tuesday, a tanker driver was driving on the speed lane along the Asaba-Benin Expressway toward the River Niger bridgehead, that's before the Asaba tollgate when a police convoy came and in an attempt to manoeuvre its way, the convoy overtook the tanker and a Hilux vehicle had crashed along the line. Then out of fear of being beaten and arrested, the tanker driver took to his heels and as he was running, one of the police officers in the convoy shot him in the leg," the eyewitness said.

The gridlock caused by the tanker drivers started around 7:00 am on Thursday and lasted several hours, as commuters and motorists were seen stranded.

As at the time of filing this report, calls put across to the Delta State police public relations officer (PPRO), DSP Bright Edafe were not answered.