Nwosu allegedly hypnotized the teenage girl before defiling her inside a hote in Delta. 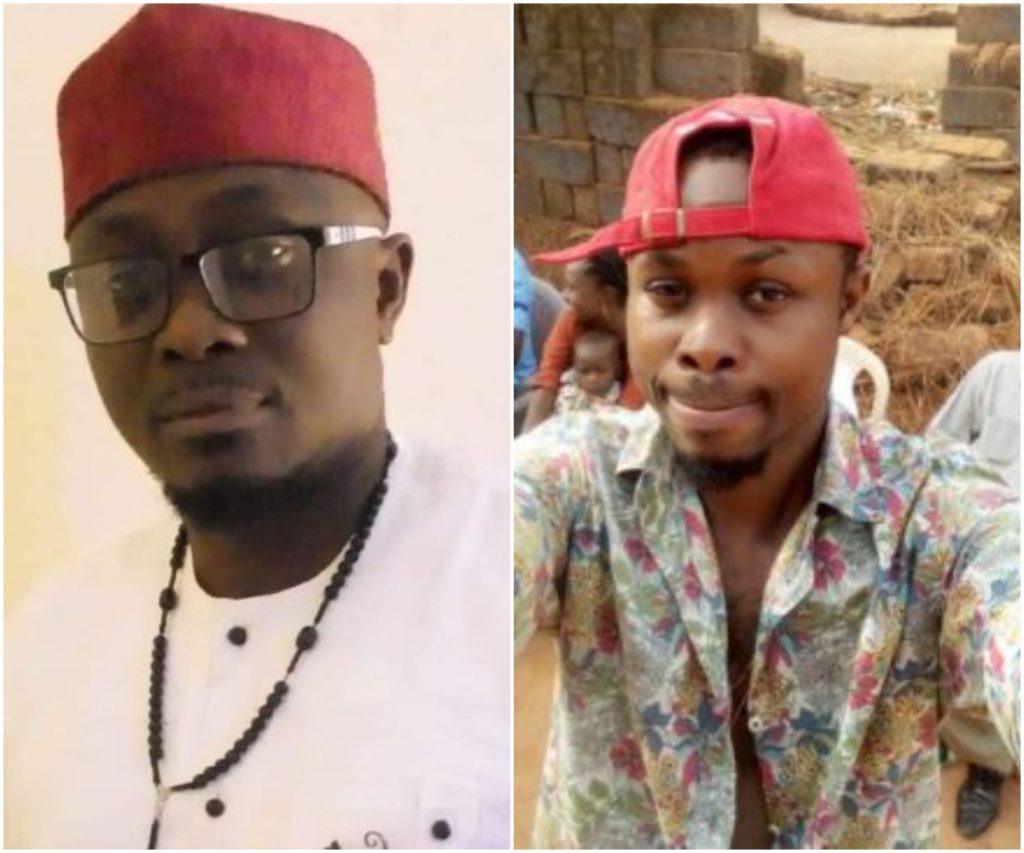 Nwosu Chuka
A married man identified as Nwosu Chuka is in serious trouble.
This comes after he was accused of allegedly r3ping a 13-year-old girl to death in Issele Uku, Aniocha North LGA.
According to Human activist, Harrison Gwamnishu, Nwosu had allegedly hypnotized the teenage girl, then took her to Bathonic hotel Issele Uku where he raped and use white tissue to wipe the blood from her private part.
Harrison added that the teenage girl died a few hours after the incident at El Comfort Hospital Bonsaac Asaba.
He went further to pledge with anyone with useful information about Nsowu to come out.
He wrote; ‘A 13 year old girl was last night hypnotized, r3ped by a married man (Mr Nwosu Chuka ) at Issele Uku, Aniocha North LGA.
“Sadly, she died few hours ago at El Comfort Hospital Bonsaac Asaba.
“Before her death, she told her sister that Chuka Nwosu took her to Vatonic hotel Issele Uku where she was r3ped and then used a white tissue paper to wipe blo_od from her private part.
“Our team has deposited her body at FMC morgue Asaba.
“This is the second r3pe case we are recording at Issele Uku. Chuka Nwosu is currently in hideout, please help us fish him out.” 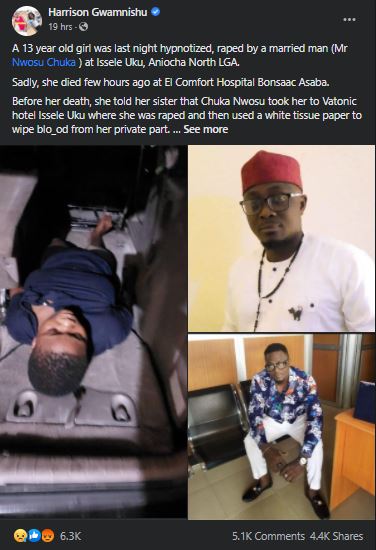