The protesters called on President Buhari and governors to show more interest in tackling insecurity. 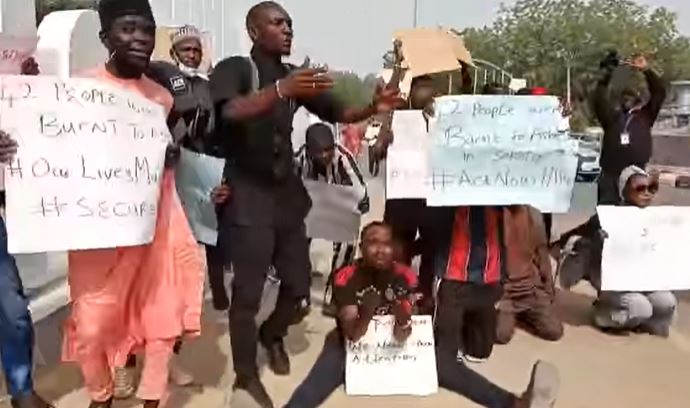 Youths Stage Protest Over Widespread killings In The North

Following the insecurity and menace of banditry in the Northern region of the country, some youths stormed the streets to stage a peaceful protest to lament the killings.

Although Nigeria is currently facing a high wave of insecurity, bandits and terrorists have stepped up attacks in the north despite the efforts of the government to contain them.

The protesters carrying different placards have taken to major streets in the FCT, Kano, Bauchi,  Zamfara and Sokoto States. The protesters called on President Buhari and governors to show more interest in tackling insecurity.

Zainab Naseer Ahmad, who led the peaceful protest in Kano, lamented how insecurity is threatening the lives and livelihood of Nigerians.

“We have come to share our concern and send a message to our leaders; we are tired of the worsening state of insecurity in the country. Every now and then, lives are lost, people are being unjustly killed like animals. We demand the return of peace in our societies.

We are saying enough is enough, no more blood shed! Out-of-school children is witnessing a massive rise, orphans everywhere. We can’t travel in peace, economy is crumbling. People are burnt while travelling.” 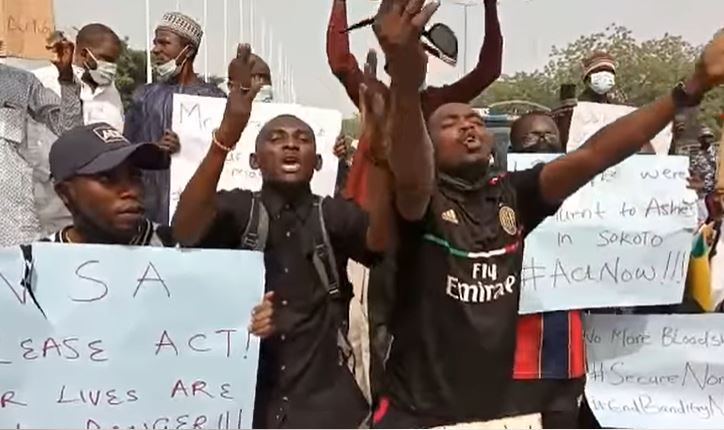 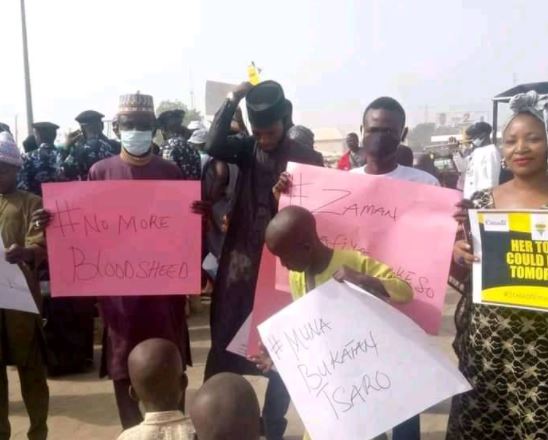