Many have been feared injured after a gas station located around Akwa road in Onitsha, Anambra state exploded. 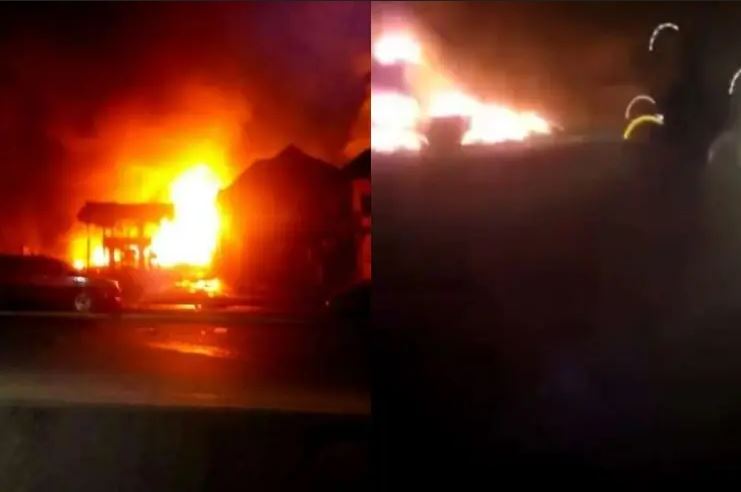 Several persons have been injured following an explosion at a gas station around Akwa road in Onitsha, Anambra State.

Number of affected persons is still unknown as of the time of filing this report.

An eyewitness said the explosion which caused an earth-shaking noise occurred around 7:30pm and a mechanic workshop sharing boundaries with the two affected filing stations was also consumed by the fire which ensued. Over 15 vehicles were said to have been burnt.