The filmmaker who stated that the NFVCB should be creating an enabling environment and giving tax incentives to Nollywood, further revealed that these are some of the reasons why he no longer wants to license his movies here. 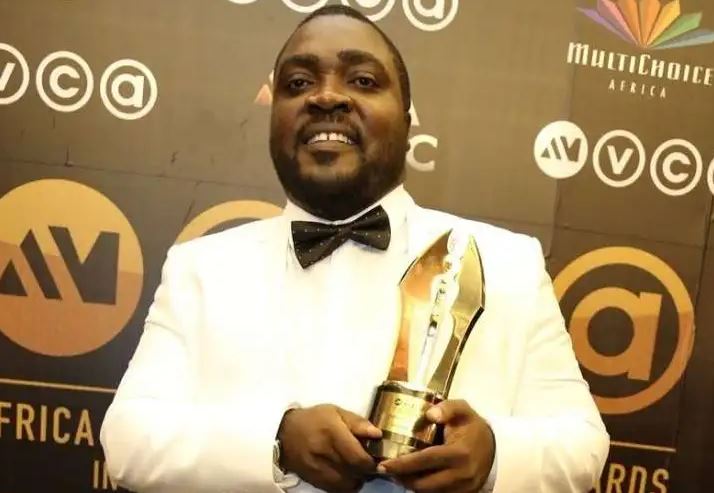 Nigerian filmmaker, Imoh Umoren has slammed the National Film and Video Censors Board after it disclosed that there would enforce a law to place a ban on smoking in movies.

Adedayo Thomas, NFVCB’s executive director had said this while presenting a communique at the end of an entertainment industry stakeholders’ roundtable in Lagos on Saturday December 11.

According to him, the board and the federal ministry of information and culture were worried about the growing evidence linking the entertainment industry with the increasing tobacco use and its impact on public health.

Noting that the existing national legislation does not sufficiently capture emerging alternative products of tobacco such as e-cigarettes and shisha, Adedayo added that the NFVCB prioritised the classification of movies with smoking scenes and tobacco depiction and would ensure these were fully enforced.

“Stakeholders observed that smoking in movies and the entertainment sector is a pathway to young people embracing smoking.

“The tobacco industry uses a sophisticated marketing mix to promote smoking on set and in the entertainment sector.

“Entertainment stakeholders are deliberately targeted by the tobacco industry either through financial inducement, misinformation, and other subtle approaches to further the glamorise smoking in the entertainment sector.”

Reacting to this, Umoren accused the NFVCB of trying to regulate an industry which was started and sustained without government's help.

The filmmaker who stated that the NFVCB should be creating an enabling environment and giving tax incentives to Nollywood, further revealed that these are some of the reasons why he no longer wants to license his movies here. 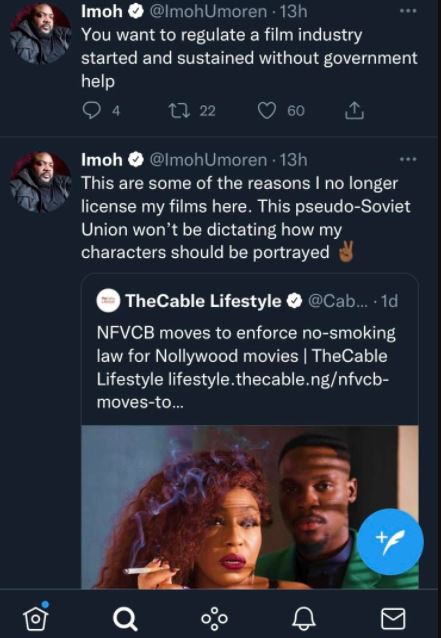 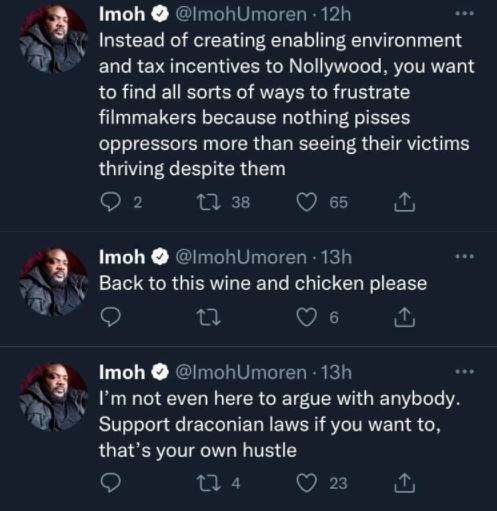