As Governor, I Never Demanded Or Took Bribe - Bisi Akande


The former interim chairman of APC also stated that no one has ever written a petition against him to the EFCC, ICPC for any fraud during his time in office. 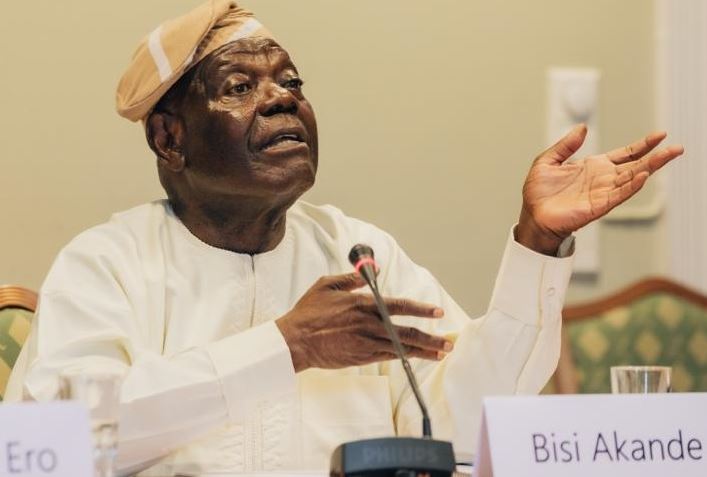 Former Ondo state Governor, Bisi Akande, has stated that he has never demanded or given a bribe in his life.

The former interim chairman of APC also stated that no one has ever written a petition against him to the EFCC, ICPC for any fraud during his time in office.

In his autobiography “My Participations” unveiled last Thursday, Akande said his take-home pay while in office was nothing compared to what he earned when he was in public service and that he never ventured into collecting bribes or giving any while in office.

“As SSG and Deputy Governor, my take home pay was much lower than what I was earning as an executive of BP. In the two offices I held, I had no authority to approve government expenditure. I never took bribe and never gave bribe to anyone.

No one ever wrote any petition against me to the EFCC, ICPC or the police for any fraud or wrongdoing during my term of office.

I never gave or demanded bribe from anyone all my life. All of us who served in my government, all my commissioners and others, came out the way we went in. No one was richer and not a single one of my political appointees was indicted after we left office despite that an opposition party came to power after us.

The house of assembly may have found common cause with Omisore because of money. The members complained that we did not give them money and cars. We could not because we simply did not have money.

The trick, I was told, was that any time a notice of trade dispute was served to the government, the Osun State leadership of the Joint Negotiating Councils, the Nigerian Union of Teachers, the National Union of Local Government Employees and the Nigerian Labour Congress would be bribed with money to soft-pedal and cooperate with the government” he said.