Aguero Reveals His Favourite Goals As He Retires From Football


He scored 102 goals in five years with Atletico Madrid before joining Manchester City in a deal worth around €40 million. 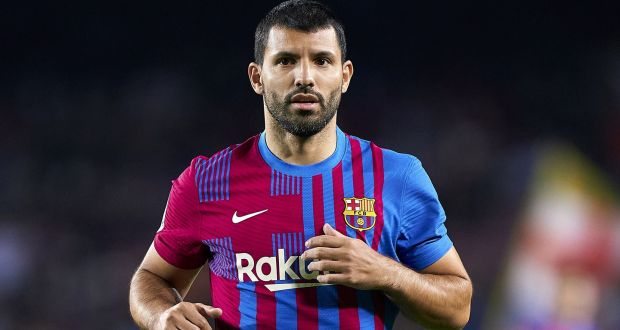 Sergio Aguero, the Barcelona striker, has named some of his favourite goals following his retirement from football.

The 33-year-old has hung up his boots due to a heart condition.

He scored 102 goals in five years with Atletico Madrid before joining Manchester City in a deal worth around €40 million.

During his time with City, Aguero won 15 trophies and left this summer as record goal scorer with 260 goals in 390 appearances.

When asked to recall his favourite goals, Aguero replied: “The goal for Independiente against Racing when I was 17 was one of the best that I ever scored. Winning the Europa League with Atletico was a really happy moment, and then obviously with City the goal I scored to win the first Premier League, for me and City, was a beautiful moment.

“There are a lot, and the last was the Copa America. I only played two or three matches, but it was something that we had been looking for for years and years.

“And of course, I will take my last goal against Madrid. It is not bad for a last goal, is it?”