The athletes and their representatives claimed that they were denied access to participate in the competition by authorities of the United Arab Emirates on Thursday. 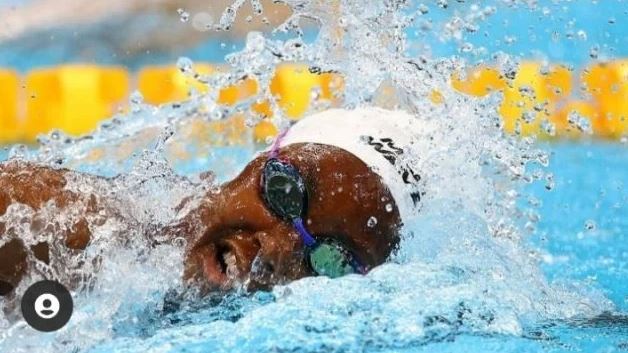 According to an exclusive report by The PUNCH, some Nigerian athletes were disallowed from participating in the 15th FINA World Swimming Championships 2021 holding in Abu Dhabi.

The athletes and their representatives claimed that they were denied access to participate in the competition by authorities of the United Arab Emirates on Thursday.

According to the athletes, they arrived in UAE from European countries, not Nigeria but were denied the opportunity to represent their fatherland.

“On sighting our Nigerian passports, the UAE officials treated us with disdain,” a female athlete lamented.

Among the athletes affected are Philip Adejumo and Abiola Ogunbanwo.

Though organisers of the 2021 FINA  are yet to respond to enquiries on the cause of the disqualification of the athletes, there is an ongoing diplomatic row between Nigeria and UAE.

The seeming diplomatic row between Nigeria and UAE had persisted since the outbreak of COVID-19, and it increased after the Omicron variant emerged.

Last Friday, for instance, the Federal Government cut down the daily flights of UAE’s Emirates Airlines to just one per week to the Nnamdi Azikiwe International Airport, Abuja.

Later on the same day, Emirates in a statement announced the suspension of its flights to Nigeria.

Following the frustration, some of the athletes withdrew from the competition.

Some of them also complained that there were not allowed to see Nigerian officials.

“The officials were not even allowed to leave their hotel rooms and competition started yesterday,” one of the athletes told our correspondent.

An official said, “It is probably important we inform the Nigerian media of the treatment being faced by the Nigerian Swimming Team here in Abu Dhabi (UAE) at the ongoing FINA Short Course World Championships.

“Essentially, the whole team has been forced to withdraw from the competition, despite being vaccinated, doing multiple PCR tests, and not departing from Nigeria.

“The reason for the team being withdrawn was because one of the coaches tested positive for COVID-19, yet the officials, local government and FINA all collectively decided to remove everyone in the team from the competition, deeming them as close contacts.

“In one case, one Nigerian swimmer travelled from the USA just yesterday morning, was fully vaccinated, had all the required tests, didn’t even have any contact with the coach that tested positive, yet he was not allowed to compete.

“For Habibat Abiola, she came from Russia, didn’t have contact with this coach, but again, can’t compete

“So, all these Nigerians travelling from different places around the world, being denied the opportunity to represent Nigeria here in UAE.

“I can assure you, if they were Europeans or Americans, they would definitely allow them to compete.”

Some of the athletes also expressed anger that one of their colleagues complained of chest pain and was only attended to after two hours.

When the medical team eventually attended to the female swimmer, they reportedly provided no assistance.

Another official who informed our correspondent of the development said Nigerian athletes were disrespected.

He said, “And to even make matters worse, one of the swimmers complained of chest pains – which is not surprising since they are isolated in a hotel room, not allowed out to get some fresh air.

“It took the FINA Medical Team almost two hours to respond to this. And their solution was to send this swimmer on her own to the hospital.

“This swimmer is a minor and was sent by the FINA Medical Team to a hospital by herself.

“Ideally, the Federation is meant to follow their swimmer. However, they are all isolated too and can’t leave their rooms. But this FINA organisation not transparent with anything at all.”

An official reaction could not be gotten from the Nigeria Aquatics Federation formerly known as the Nigeria Swimming Federation as the board of the federation had been dissolved.

However, a member of the dissolved board said, “Nobody can react. Only the ministry can do that. We do not want to be seen as worsening the diplomatic row between Nigeria and UAE. But it is annoying how our people are treated.”

The board member, subsequently, directed our correspondent to get a reaction from the Ministry of Youth and Sports Development.

However, efforts to get a reaction from the ministry’s official proved abortive as of the time of filing this report.