Oh No! Two Crushed To Death, Expatriates, Others Injured As Truck Rams Into Bank In Ogun


No fewer than ten others including two expatriates were also injured in the crash that involved two trucks, eight vehicles including a tricycle and a motorcycle. 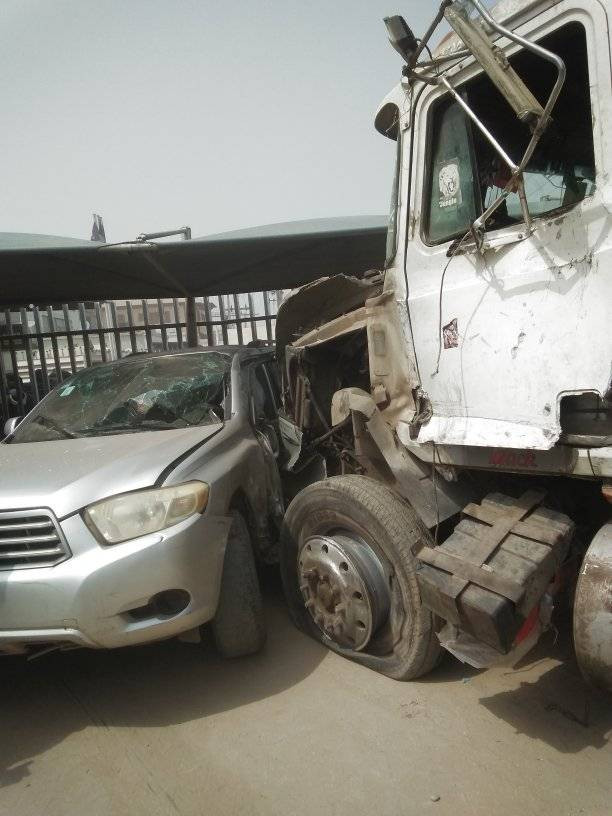 In what will come across as a really tragic development, at least two persons have been crushed to death in multiple accidents that occurred at Joju bus stop along the Lagos-Abeokuta expressway in Sango Ota area of Ogun State on Thursday, December 24.

No fewer than ten others including two expatriates were also injured in the crash that involved two trucks, eight vehicles including a tricycle and a motorcycle.

The deceased persons are a motorcyclist, a woman and a tricyclist but the Federal Road Safety Corps (FRSC) in Ogun State confirmed the death of two persons and injuries to seven others.

Scores of bank customers who were on a queue to use the ATM at the Sango branch of the banks in the area narrowly escaped death as they scampered into different directions.

The truck which reportedly lost control and was on a high speed rammed into the ATM point of one of the banks in the area.hy

Eyewitnesses said that the articulated truck was coming from Lagos and heading towards Abeokuta when the driver lost control and had a break failure.

"The truck was coming from Sango Garage area at a high speed when the driver lost control. While defending the bridge to Joju area, the driver crashed into the median on the road, crushed a motorcyclist and his passenger and a tricyclist before ramming nto a Sport Utility Vehicle and finally I to bank ATM area." an eyewitness narrated.

FRSC in a statement signed by its spokesperson, Florence Okpe, said the crash occurred at about 1250HRS on Abeokuta-Lagos expressway around JOJU.

“The suspected causes of the multiple crash were excessive speed and brake failure on the part of one of the trucks with registration number AAA552XY MACK TRUCK. The injured victims were taken General Hospital Otta and the two corpses were taken to Ifo General Hospital Morgue.”

The Sector Commander FRSC Ogun Sector Command also advised motorists to always check their vehicles every morning before going out. 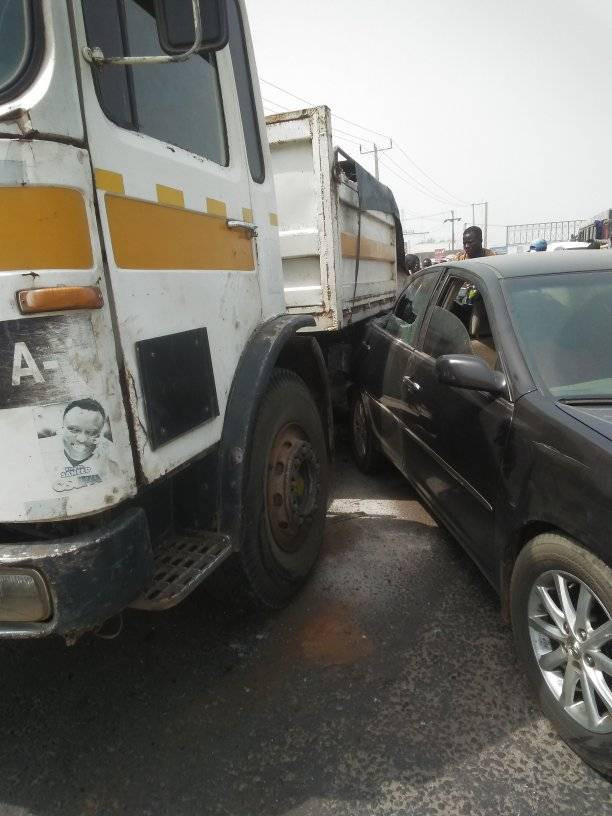 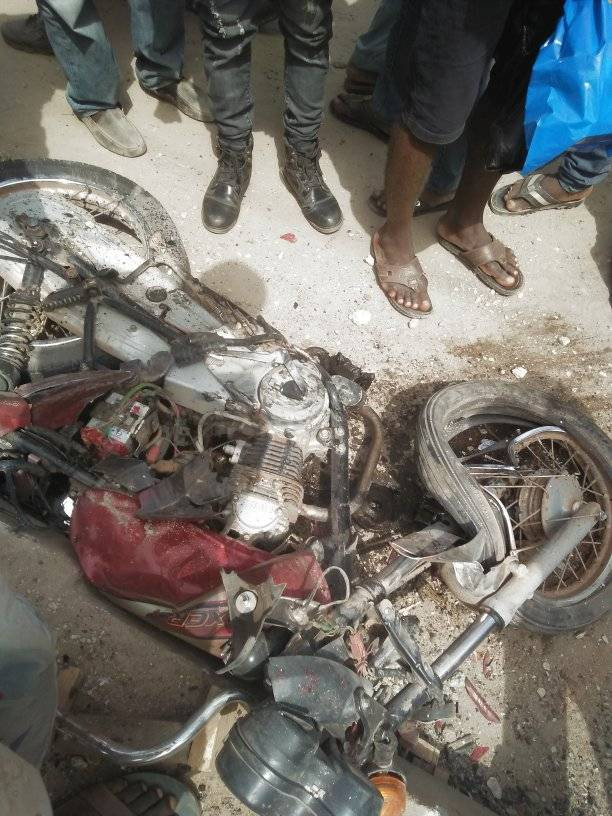