How Obasanjo Motivated Me To Bag Master’s Degree – Actor, Sam Ajibola Opens Up


Commenting on his fatherhood experience, Spiff who welcomed a daughter some weeks ago stated that the experience was still surreal to him. 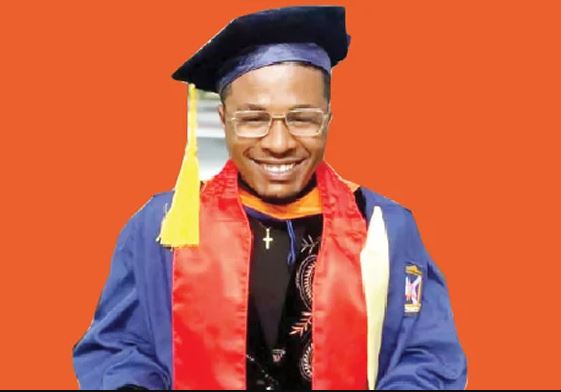 Sam Ajibola, the Nigerian actor who is popularly known as Spiff, recently bagged a Master’s degree in Public Administration from the Ajayi Crowther University, Oyo State, and he gave credit to comedienne and actress, Helen Paul; and former President Olusegun Obasanjo for guiding him on that path.

In an interview with Saturday Beats, the former The Johnsons actor said, “Achieving this goal means a lot to me as it had been a dream I planned to achieve since primary school. I graduated from the university in 2012, so this took me almost a decade to achieve because I started working on The Johnsons around then.

“Dr Helen (Paul) has always been a big sister to me in the industry. We both attended the University of Lagos but we weren’t acquainted then. She motivated me to finally begin the process and pointed me in the right direction. Chief Olusegun Obasanjo, on the other hand, has been a mentor to me in leadership. His encouragement was instrumental to me furthering my education as I only had a Bachelor’s degree in Political Science.”

The actor also maintained that marriage had not changed anything about his career. He said, “The most significant changes I have made in my career are all related to growth and they cut across all spheres of my life. Being married has not affected my career at all. Marriage is just a status; it doesn’t change who one is or what one does.

“It has been easy for me to break free from the Spiff character by simply stopping to practise it. The only thing I miss about playing the character are the actors I acted with. The cast of the show practically became family because we saw one another almost every day for about 10 years.

They are all fantastic actors and they made the job very easy and enjoyable. I have portrayed a lot of memorable roles but the Spiff character stands out because of the number of lives it touched tremendously in the last decade. It has restored laughter to homes and health to sick bodies.”

Commenting on his fatherhood experience, Spiff who welcomed a daughter some weeks ago stated that the experience was still surreal to him.

He added, “I have been looking forward to that moment for months but I did not know how it would feel. In all, it came with an indescribable feeling of joy.”

I'm Not Ugly, Both Genders Are Attracted To Me - Jane Mena Brags
Recent Stories

After His Marriage Proposal Humiliation, BBN's Tochi Advises Others