Taking to her Instagram page on Tuesday, Ojo shared a picture of herself and Williams, stating that they have reconciled. 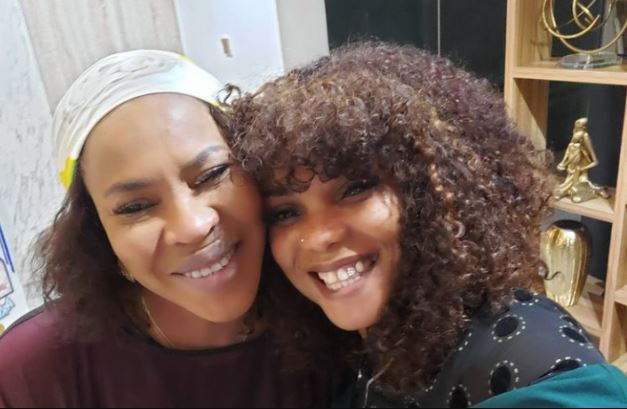 Iyabo Ojo and Faithia Williams, two popular Nollywood actresses, have quashed their two-year beef as the duo shared loved-up pictures of themselves.

Taking to her Instagram page on Tuesday, Ojo shared a picture of herself and Williams, stating that they have reconciled.

While stating that she wanted to go back to following Williams on Instagram, the actress appreciated the Lagos State Chairman of the National Union of Road Transport Workers, Musiliu Akinsanya, aka MC Oluomo.

She wrote, “It’s all peace and love, Faithia Williams. How we would follow each other back on Instagram is what’s remaining. Instagram experts, over to you. Thank you @kingmcoluomo, @olaiyaigwefilms.”

Their appreciation to both men suggested that they may be key players to the reconciliation.

Ojo had in February 2020 thrown shades at Faithia when she called the latter a snitch.

Though the cause of their beef was unknown, there were reports that it was caused by a younger lover.

However, Faithia had come out to debunk the report, as she noted that she couldn’t engage in a beef over a man.